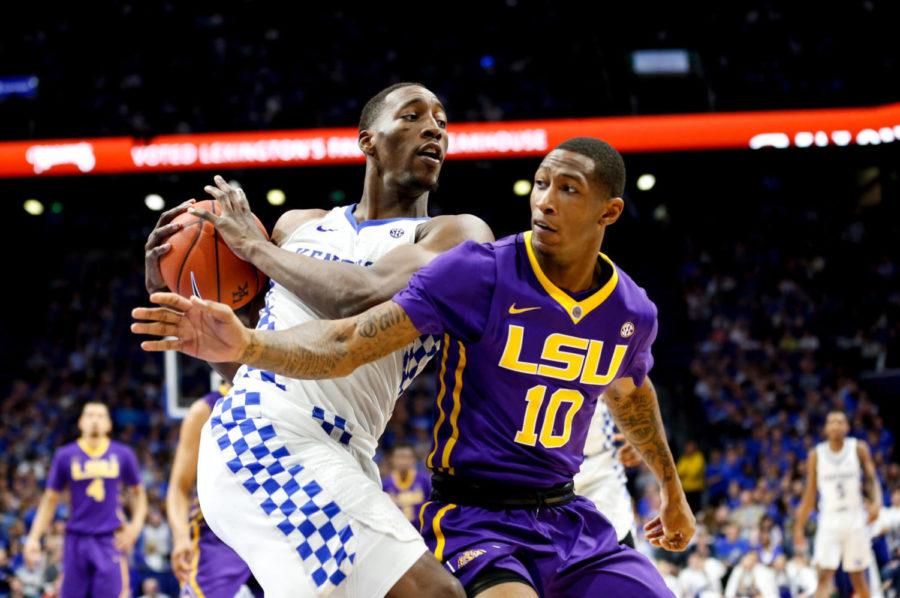 Tuesday evening’s SEC bout between No. 5 Kentucky and No. 19 LSU will draw the eyes of the college basketball world. Two ranked teams, both 9-1 in the SEC, look to take control of second place in the conference behind No. 1 Tennessee. Here’s everything you need to know about the Cats’ next opponent:

2019’s rendition of the Tigers features abundant athleticism at the forward spots, experience on the wing and an all-conference talent at point guard.

Everything starts at the point guard position, where LSU has an SEC Player of the Year candidate in Tremont Waters. Waters, a sub-six-foot dynamo, is averaging 20 points, 6.8 assists, 4 rebounds, and 2.8 steals per game in league play. The sophomore is a swiss army knife and easily the most important piece of the Tigers. He’s an assassin from beyond the arc and boasts the conference’s highest steal and assist numbers since January. For LSU to leave Lexington victorious, a big game for Waters is a must.

LSU’s wings are the weakest part of the team, athletically. Juniors Skylar Mays and Marlon Taylor are not focal points on either side of the ball. Mays, though a 13 point-per-game scorer, is shooting 36.6 percent from the field in conference play. Freshman guard JaVonte Smart will also see the floor a bit as a rotational piece off the bench.

In the frontcourt, five-star freshman Naz Reid and Oregon transfer Kavell Bigby-Williams form an athletically imposing front line. Reid is a 6-foot-10 bruiser with a surprisingly tight handle, a smooth jumper and dexterous finishing moves. Bigby-Williams, however, is less of a focal point on offense, but thrives on the glass and protects the rim. Off the bench, freshmen Darius Days and the bouncy Emmitt Williams provide a spark.

Kentucky needs to win the rebounding battle and keep Waters from having another big night to come away with a victory. The game tips off at 7 p.m.