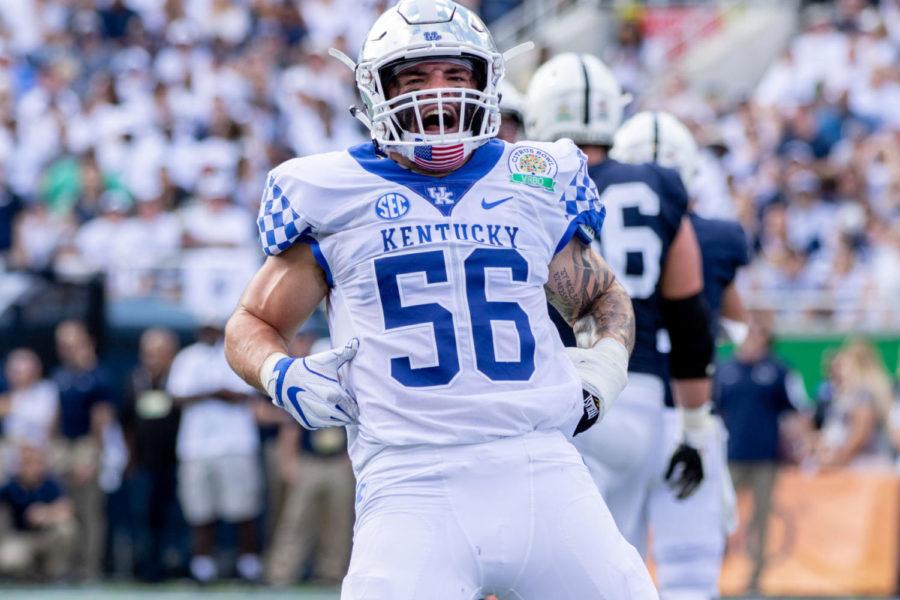 The UK football team is looking to continue its off-season advertising campaign with a halftime Super Bowl ad that is slated to run in Central and Eastern Kentucky.

The team announced the ad on Friday via social media and according to Wildcat linebacker, Kash Daniel, the commercial will be “one of the most hype videos we’ve ever had.” The commercial will air on WKYT in Lexington and WYMT in Eastern Kentucky.

“It’s got everything you want to see in a commercial to get you hyped up and ready for the 2019 season,” Daniel said in a video posted to social media.

For Lexington WKYT viewers, the commercial will air at the beginning of halftime, Daniel said in the video. Eastern Kentucky WYMT viewers will spot the video at the end of halftime.

UK Athletics spokesperson Guy Ramsey told the Kernel that the ad cost $35,000 to air. He said the final production costs for the actual video are not yet final.

Daniel encouraged viewers to tape their reaction to the commercial and post them to social media. Make sure you tag or “at” Daniel, he said.

“I’ll make sure to retweet it or get it back out there,” Daniel said.

The Kentucky football team has run Super Bowl ads in previous years. The Super Bowl will air on CBS on Sunday at 6:30 p.m.