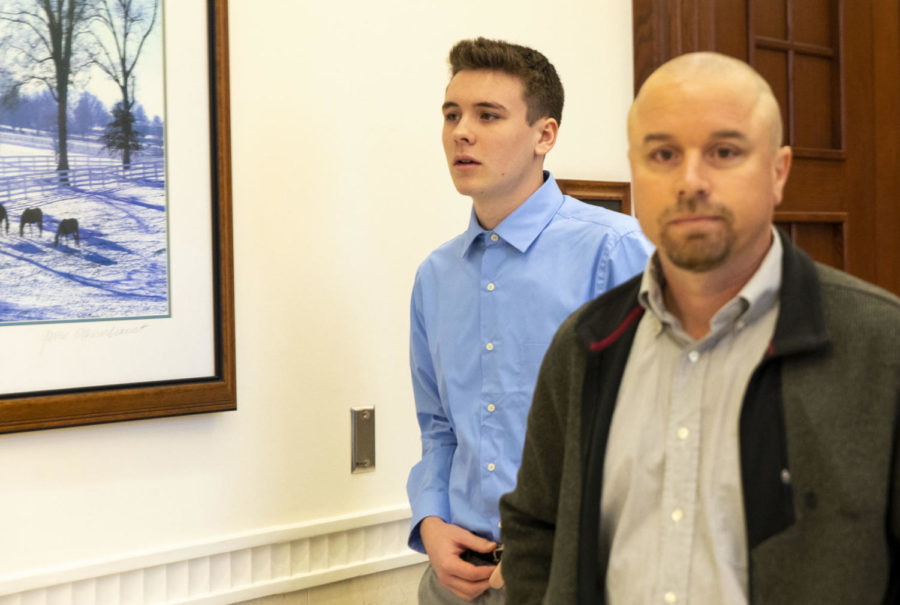 Jacob Heil, the UK freshman accused of hitting a 4-year-old child last fall, pled not guilty to charges of reckless homicide and DUI in Fayette County Circuit Court on Friday.

His case now proceeds to a pre-trial date on Thursday, March 7, and a status hearing on March 22.

Heil was originally arrested and charged with DUI after his car reportedly struck 4-year-old Marco Shemwell on Cooper Drive near Kroger Field during a September UK football game. The charge of reckless homicide was added earlier this month.

According to court records, Heil admitted to having two beers at 9:30 a.m. the morning of the incident, approximately four-and-a-half hours before the 2 p.m. collision. Shemwell died of his injuries days later.

A witness said Heil’s car veered off the road when it hit Shemwell, court documents show, but Heil’s lawyer, Chris Spedding, contested that account last fall, telling the Lexington Herald-Leader that the car remained on the road.

Heil, at the time, had been a pledge for the UK chapter of Alpha Tau Omega. The fraternity was removed from campus by the national fraternity shortly after Heil’s arrest in September.