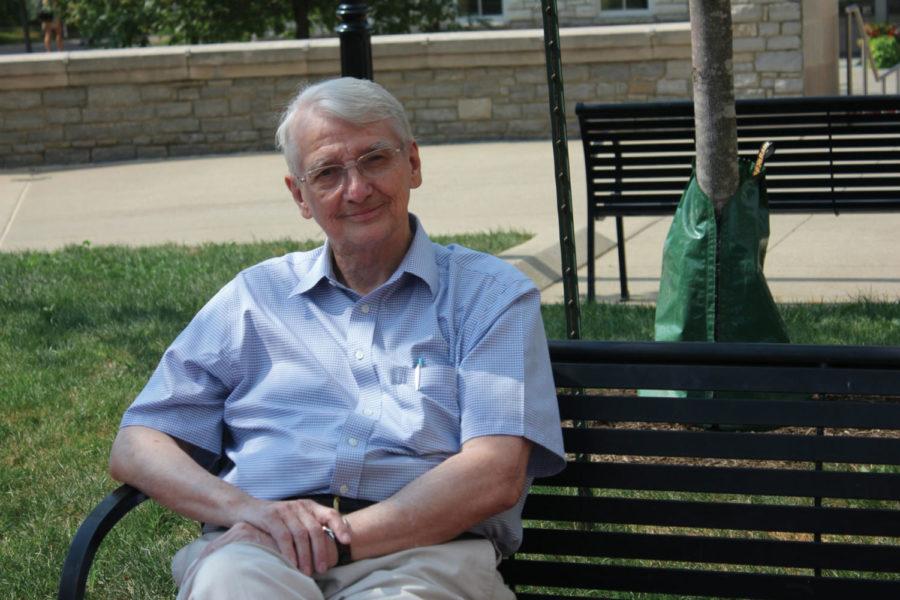 UK professor Gurney Norman is publishing a new book, called “Allegiance,” a title that he said references a “sense of responsibility to Kentucky and its working-class people.”

“Allegiance,” which was printed and bound last week, has been in the works for much longer. Norman has been working on the book in intervals for nearly 20 years, drawing inspiration from ordinary events of everyday life.

“The idea behind it evolved as I have written it piece by piece over the years,” he said.

Allegiance will be available in bookstores and at public signings. Norman said the book is about the workings of human consciousness.

“Imagine you could remove the top of your skull and observe your mind and its contents, especially memory and imagination,” he said, “It’s called ‘imaginative writing’ for a reason.”

Norman published his first novel, “Divine Right’s Trip,” in 1971. In the time since, he has published several more works of fiction, nonfiction work regarding Appalachia, and written and presented three one-hour documentary films for Kentucky Educational Television about Kentucky history, landscape and culture. Three of his short stories, all part of his book “Kinfolks”, have been turned into films.

Norman’s work with creative writing doesn’t end with his own publications; he teaches in the Department of English. At 81 years old, Norman is the oldest professor in his college.

Norman’s history with the UK began in 1955 when he arrived as a student. He graduated in 1959 with a degree in journalism and English. During that time, he was involved as a reporter for the Kernel and the editor of the 1959 Kentuckian yearbook. While at UK, Norman was a student in the creative writing program, pioneered by A.B. Guthrie Jr., a novelist and screenwriter who would later win a Pulitzer prize.

In spring of 1960, he applied for a Wallace Stegner Fellowship in Creative Writing at Stanford University, following in the footsteps of fellow writers and UK students Wendell Berry and James Baker Hall.

“I set forth driving to California on two-lane roads and 10 days later arrived in Palo Alto,” he recalled.

The best part, he said, was the quality of his fellow students and associates.

After his years at Stanford, followed by some years of military service, Norman returned to his hometown, Hazard, Kentucky, to work for two years at The Hazard Herald in 1963. He returned to UK in 1979 and joined the English department.

Now he plays a part in prepping a new generation of writers in an autobiography class in which he asks students to write five pages per week over 12 weeks, producing a 60-page manuscript.

“My approach to teaching is communal in that I want the students to work with each other and learn by doing,” Norman said.

The publication of “Allegiance” marks the continued success of Norman, who has been honored at the Fifteenth Annual Emory and Henry College Literary Festival, by the Eastern Kentucky Leadership Conference, received Helen M. Lewis Community Service Award and served as the 2009-2010 Poet Laureate for the Commonwealth of Kentucky. His advice for eager young writers is to do the work.

“Write more, talk about it less. And have an adventurous life,” Norman said.