Why was a man with a history of threatening behavior let back into UK? 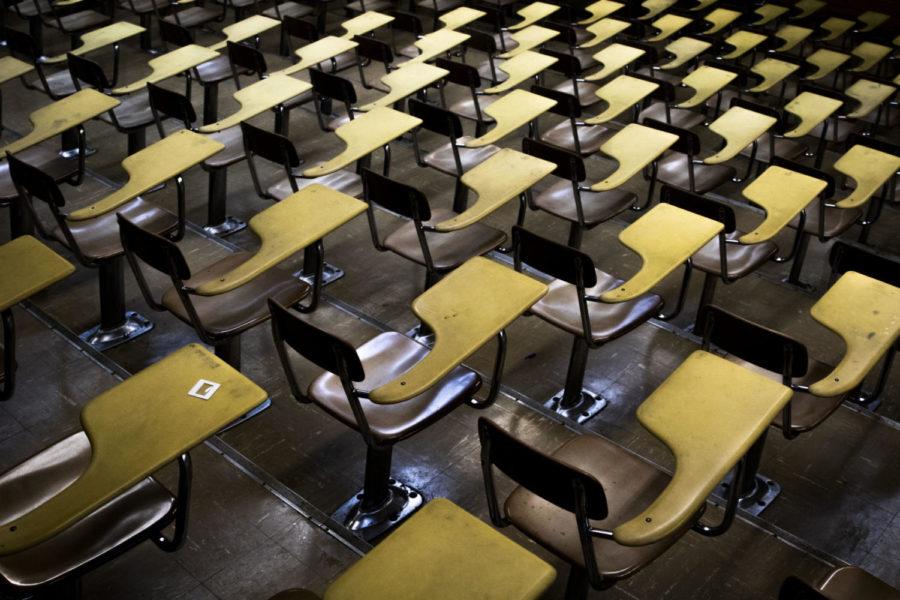 In October 2017, Daniel Earle allegedly threatened his Spanish class in UK's chemistry/physics building. "I could tell he started to raise his voice and he was like, 'Yeah, let me address something,'" said Ellen Hyde, a student in the class, "When he stood up, I could tell he was mad."

A student expelled from UK cannot be readmitted.

So why was an exception made for a man who had an exceptionally long history of threatening behavior?

Daniel Earle was expelled from UK in 2014 for a rash of threatening behavior—and a reluctance to change his behavior. The UK Student Code of Conduct states that an expulsion is a “permanent separation” from the university.

Yet Earle was readmitted in 2017 after he and UK administrators reached a deal which dictated that he be closely watched by campus administrators. In October 2017, Earle was arrested and expelled after he allegedly threatened to kill members of his Spanish class.

Why was he let back into UK? Here’s what we know from a year-long dig through letters, emails, court documents, police reports and university disciplinary files that detail Earle’s tenuous college career.

Earle, an Iraq War veteran and non-traditional student in his mid-thirties, spent more than five years bouncing between Kentucky universities. His college years, plagued by disciplinary hearings brought on by his own intimidating behavior, would end in his arrest and eventual suicide. Earle’s struggles and threats are documented in more detail here.

In 2014, Earle was expelled from UK for the first time after an incident where he yelled at a teaching assistant about a movie which he disagreed with and found somewhat offensive to his veteran status.

He appealed his expulsion, and even had a local law office help him. UK denied the appeal, citing Earle’s history of threatening behavior.

Nick Kehrwald, then associate dean of student affairs, wrote in an email obtained by the Kernel that Earle had exhausted his second chances and refused to go to recommended therapy— including the Veteran’s Resource Center.

In 2015, UK administrators were sent multiple emails from Earle and from lawyers that Earle hired to help in his appeal. Earle’s lawyers accused the university of accosting a veteran by expelling him in a hearing which contained procedural errors.

At first some of the letters from Earle were bitter. He wrote that he was wrongfully expelled, but later emails became more apologetic in tone and Earle begged to be let back into the university.

Later that same year, police records show that Earle was arrested by UK Police after he allegedly threatened a man who refused to sell him an “AR” and a “pistol.” That case was dropped after Earle reached an agreement before trial.

In 2016, a UK lawyer reviewed Earle’s previous expulsion and decided that that punishment was too great. The lawyer, T. Lynn Williamson, wrote Earle an email that said Earle could re-enroll at UK as early as fall 2016. The email dictated that Earle meet with Office of Student Conduct officials prior to and during his time at UK. But by that time, Earle was already attending Eastern Kentucky University.

In 2017, Earle re-enrolled at UK, but not after being hit with multiple disciplinary sanctions from EKU— a result of a continuation of his often threatening behavior. He was later banned from EKU’s campus.

It’s possible that UK knew of at least some of EKU’s punishments of Earle as Williamson, the lawyer who had reviewed Earle’s previous UK expulsion, was included on an email chain that detailed some of Earle’s alleged threatening activity at EKU.

“The University and Mr. Earle reached a mutually agreeable resolution to avoid litigation over the propriety of his expulsion,” wrote UK spokesperson Jay Blanton in a statement to the Kernel. “Mr. Earle’s penalty was reduced to a one-year suspension with the opportunity to reapply provided certain conditions were met. Mr. Earle met those conditions. Therefore, the University made the determination that he was eligible for readmission to UK.”

In October 2017, Earle was expelled again. According to UK police reports and incident reports, Earle reportedly stood up before his fall 2017 Spanish class and told two students that he would kill them because they’d cheated off him and disrespected him. Earle then told the class that they would also die if they went to police.

Earle was arrested almost two weeks after his expulsion and charged with second degree terroristic threatening. He plead not guilty and denied ever saying the word kill in the classroom.

In late March 2018 Earle was found dead in his Louisville apartment. He had a gunshot wound in his head and the Jefferson County Coroner ruled his death a suicide.