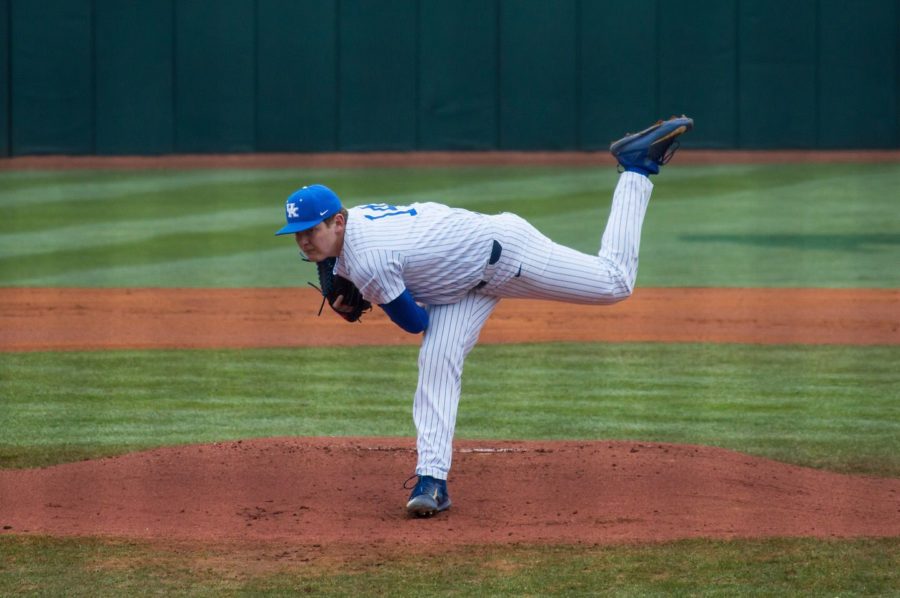 The unranked Kentucky Wildcats baseball team played its second series on the road against the No. 3 Texas Tech Red Raiders, starting Friday. The series ended in the opposite way that the Cats’ opening series had, as they got swept by the Raiders (4-7, 7-10, 4-19). The team’s resulting record is tied for wins and losses at 3-3 early in the season.

Friday night’s game began strongly for the Cats, as they quickly scored two unearned runs off an error on graduate student Marshall Gei in the second inning. The Raiders responded in the third as they stole extra bases to score once before grounding out.

The Cats sneakily scored as senior Alex Rodriguez stole an additional unearned run in the fourth inning to widen their lead after Kentucky dodged Tech’s repeated attempts to ground the runners out. Through the fifth, Kentucky got the red-hot Raiders out on only three hits.

Kentucky’s lead fell as the sixth inning began with a run scored by senior Ryan Shinn on the Cats’ last play and ended in a scoring frenzy for the Raiders, who captured six runs off of Kentucky’s errors. Redshirt sophomore Carson Coleman stepped in to pitch for junior Zach Thompson. Three of Tech’s runs were earned off one double hit down the left field line, and the Cats’ defensive edge was lost along with the rest of the game.

Saturday saw a better scoring outcome for the Cats, but also a far more inconsistent defense that led to their second loss of the weekend.

Texas Tech scored an unearned run instantly in the first inning, giving the Raiders the upper hand early on. Despite Kentucky’s tying its opponent in the second off of two hits, Tech continued to push past to score its own second run as the lead-off hitter homered straight to right center.

After two scoreless innings on both sides, the Cats finally brought heat to the field and took down the Raiders’ lead in the fifth. Two wild pitches and slow advancement allowed the Cats to tie the home team and score an additional run. Shinn scored his own home run immediately afterwards, causing himself and two of his teammates to touch home and bring the Cats far into the lead.

The Raiders responded in the bottom of the inning, scoring two runs after three hits and repeatedly getting walked by Kentucky pitchers. Several pitching changes then left Kentucky struggling to throw tricky balls at the Raiders, and a home run allowed four more runs, putting them up by three over halfway through the night.

The Cats scored two more runs in the next two innings, but Texas Tech showcased their ability to bounce back and dominate with two more runs of their own in the seventh and eighth, cementing the score of the game and clinching the series as a Kentucky loss.

Sunday’s game highlighted the weaknesses of a tired UK baseball team. The Wildcats scored two runs in the first five innings, both of which were in the second. The other four innings ended after only three UK batters in each as the Raiders took advantage of the Cats’ downfall and dominated their halves with 12 total runs in the first five.

Kentucky seemingly woke up in the sixth inning, not wanting to get completely swept in only their second series of the season. Through the remainder of the game, they had two more hits and two more runs to bump their score up a minute amount in comparison to the Raiders’ giant lead. However, Tech did not let up on their grasp of the game and scored an additional seven runs in the sixth and seventh, mounting their score high above Kentucky’s and ending any hope for a Kentucky road win against the ranked Raiders.

Kentucky baseball will return to Lexington on Tuesday, Feb. 26, where the Cats will play their first-ever home game in Kentucky Proud Park against Eastern Kentucky at 4 p.m.