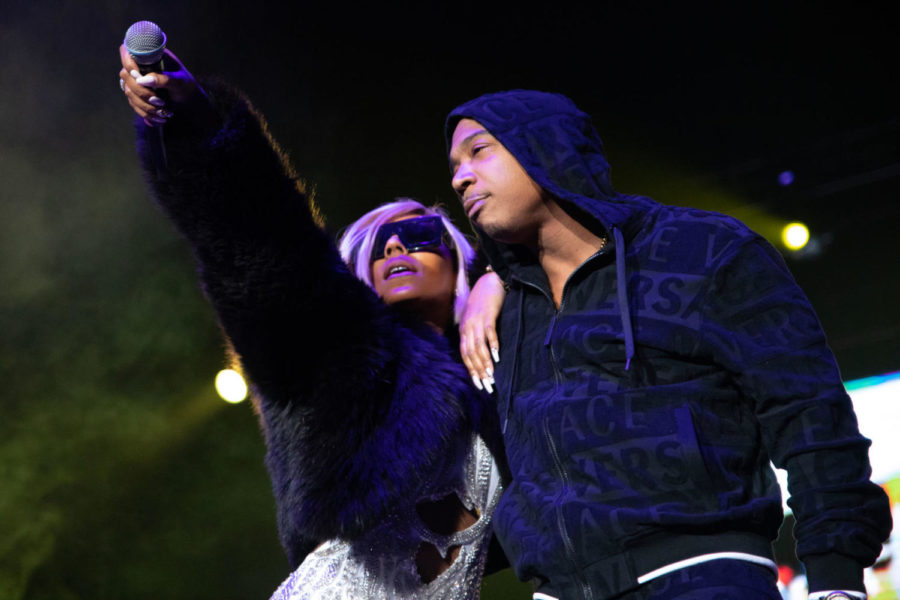 iHeart Radio Kentucky planned a night highlighting some of hip-hop’s best at Rupp Arena on Saturday, Feb. 22, as a part of The Real Music Festival. The talents that appeared on stage delighted the crowds with their best hits and left attendants feeling excited and satisfied.

“It was everything I could’ve hoped for,” said attendant Jewel Stannet at the end of the event. “There’s hardly ever any good hip-hop coming to Lexington. It’s always a country artist, which my friends and I aren’t about, but this was extremely fun.”

Featured artists included Ja Rule, Ashanti, Rick Ross, Lil’ Kim, Ma$e, Plies and Mya. Their music spanned hip-hop over several decades within the genre, and the artists made sure that everybody in the crowd was entertained with their performances, regardless of who they came to see.

“I came for Rick Ross mainly because he is my everything,” Stannet said. “But, like, everyone was super fun and super lit and the crowd just all became friends and had a good time. It’s what hip-hop is about and that’s why I like that it was called the ‘Real Music Fest.’ Like, yes, this is what music is supposed to do for people. [My friends and I] had a really fun night.”

The crowd danced together to every song that the artists performed, and people that knew the words sang and rapped along. Artists themselves even relished in the fact that they were together, as Ashanti and Ja Rule collaborated on their song “Always on Time,” which ended up being a fan favorite.

“Ashanti’s and Ja Rule’s song there at the end was great,” said attendant and University of Louisville student Ty Charter. “It’s such a throwback but one of hip-hop’s best, you know? Throwback songs can never fail. I don’t find myself in Lexington a lot but I’m glad me and the crew made it out for this.”

Although it did not resemble what a classic “music festival” looks like, with people outside in the middle of nowhere for days in the summer to see hundreds of different talents, the Real Music Festival was still a success amongst people seeking to see multiple of their favorites all in one place.

“Actual festivals aren’t my thing,” said attendant Kristen Clancy, a senior at a high school in the Northern Kentucky area. “I hate being outside and getting sweaty and dirty and then having no shower access … but if this is what festivals look like now, sign me up.”

Each artist acknowledged the fact that Lexington was “one of [their] favorite cities they had been in” while touring or that “the crowd was the best they’d seen in a while.” For the attendants and for the artists, the Real Music Festival was viewed as a fun, successful night full of the kind of music that Lexington does not see enough.