‘Crimes of the Heart’ is a reflection of family 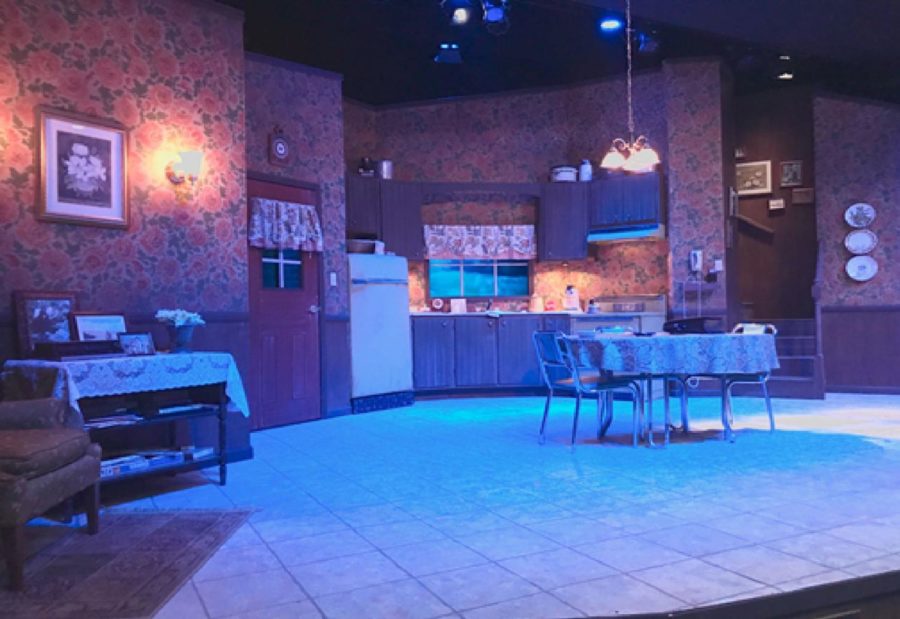 Crimes of the Heart set

The performers in “Crimes of the Heart” received a standing ovation after their Feb. 17 their performance. The performance of the play took place in the Briggs Theatre of Fine Arts Building on the UK’s campus. There was full house at the 2 p.m. show. The audience was lively and attentive. Laughter could be heard often throughout the performance of the Pulitzer Prize-winning tragicomedy.

“It was a wonderful show. The actors brought so much energy to the stage,” said Linder Jeackels, an audience member. “They really did the play justice.”

“Crimes of the Heart” by Beth Henley is set in Hazlehurst, Mississippi in 1974 and is about three conflicted sisters who are dealing with the declining health of their grandfather and many other dilemmas that arise as they confront the past and question their futures.

UK’s production of “Crimes of the Heart” was directed by Peter Allen Stone. Stone has extensive experience in theatre as not only a director but as a playwright, actor and teacher.

Stone said that “Crimes of the Heart” is a play about the complexities of being a family.

Stone added that his favorite aspect of directing this play was “finding the humor in the most difficult situations.”

“It has been such a pleasure to watch these talented artists come together night after night and tell the story of the Magrath sisters. This play shows us a family who loves one another regardless of their faults, as well as it teaches us to be sensitive and kind to others. This piece remains relevant to our lives today, as well as in the future,” said Logan McDonald, an assistant stage manager for the production.

The cast and crew began rehearsals about six weeks ago and put on a total of six shows. The set, designed by Jenny Gould, was intricate and colorful and reflected the time period of the play’s setting.

Another assistant stage manager, Sam Durstock said, “The best part was by far the cast and crew. This show wouldn’t have been nearly as successful with anyone else. They are incredibly talented artists and it was a joy to work with every single one of them.”

“If anything was challenging, it was just making sure we were telling the story the way the playwright had intended. The cast and director did a ton of research about the time period and culture around this show to make sure everything from the props to the costumes to the accents were correct for the time and place,” Durstock added.