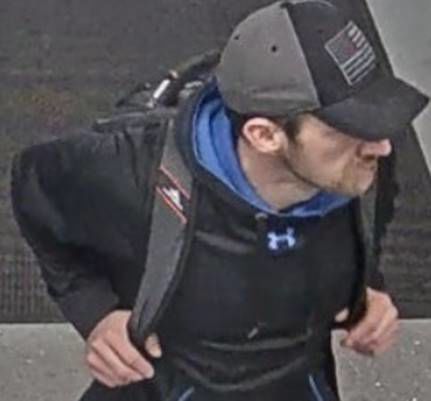 UK police say that this unidentified man stole items from buildings around the UK campus on Feb. 23, 2019. He's described by police as a white male between 5'6" and 5'9" with brown hair and facial hair.

UK Police are asking for the public’s help with identifying a man they say stole items at the student center and at a research building.

The man, who police identify as a 5-foot-6 to 5-foot-9 white male with brown hair and facial hair, allegedly stole a handbag near the dining area in the Gatton Student Center on Saturday, a crime bulletin put out by UKPD showed. He was also seen going through lockers.