Thompson leads Cats to upset No. 4 Georgia in shutout game 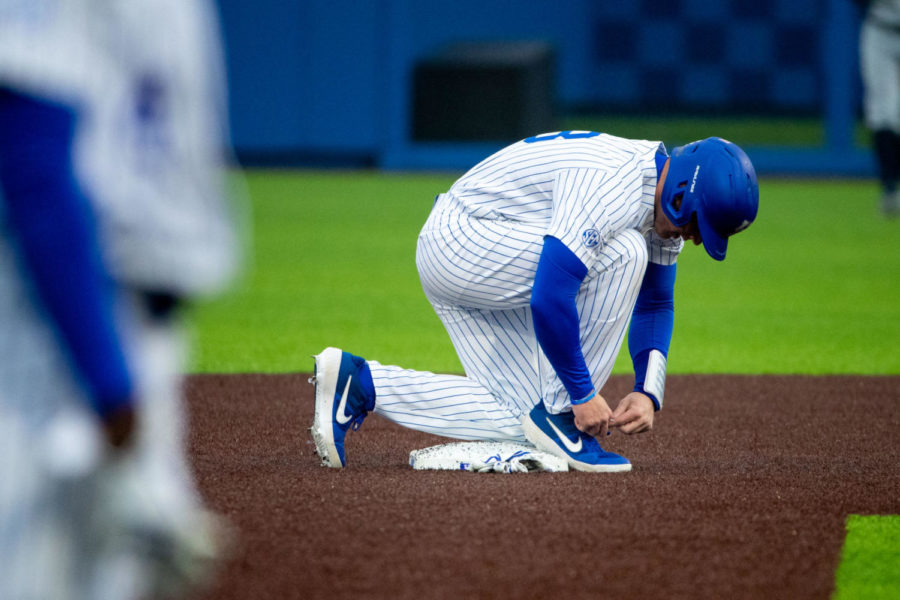 After dropping the first game of the series, the Kentucky Wildcats continued their fight against the No. 4 Georgia Bulldogs on Friday evening. The game ended largely in Kentucky’s favor due to starting pitcher Zack Thompson’s record breaking in nearly every area, and the Cats shutout the Bulldogs 5-0.

Instantly into the first inning, the Wildcats showed large improvements from the first game. Thompson only allowed one hit in the first five innings and two overall, and struck out 13 batters in the career-high nine innings that he pitched. He ended the Bulldogs’ reign in five shutdown innings and became the 14th player in school history to strike out 200 batters in his career.

Freshman Austin Shultz notched the first RBI hit in the third. This came after redshirt sophomore Zeke Lewis rocketed a single and took advantage of wild pitches to steal bases until he was able to touch home.

The Cats’ fortune continued in the bottom of the fourth, when Kentucky was walked twice and scored unearned on a passed ball. The next play was ruled as junior Breydon Daniel being tagged out at home plate, but was reviewed and overturned to be a scored run on a wild pitch to put the Cats up 3-0.

Another run from the Cats came off a Georgia passed ball when junior Elliott Curtis slid home in clutch baserunning to keep the momentum rolling for the home team.

Kentucky shone both offensively and defensively in the sixth. Thompson and the Cats’ field prevented the Bulldogs from scoring on bases loaded with an unassisted play from Lewis to notch the third out. Junior Dalton Reed reached first on an error from the Bulldogs to send Daniel home unearned for the fifth run of the night, this one off no hits.

The series between the Wildcats and Bulldogs will conclude on Saturday, March 29 at Kentucky Proud Park. First pitch has been moved earlier due weather, setting the new start time for 10 a.m.