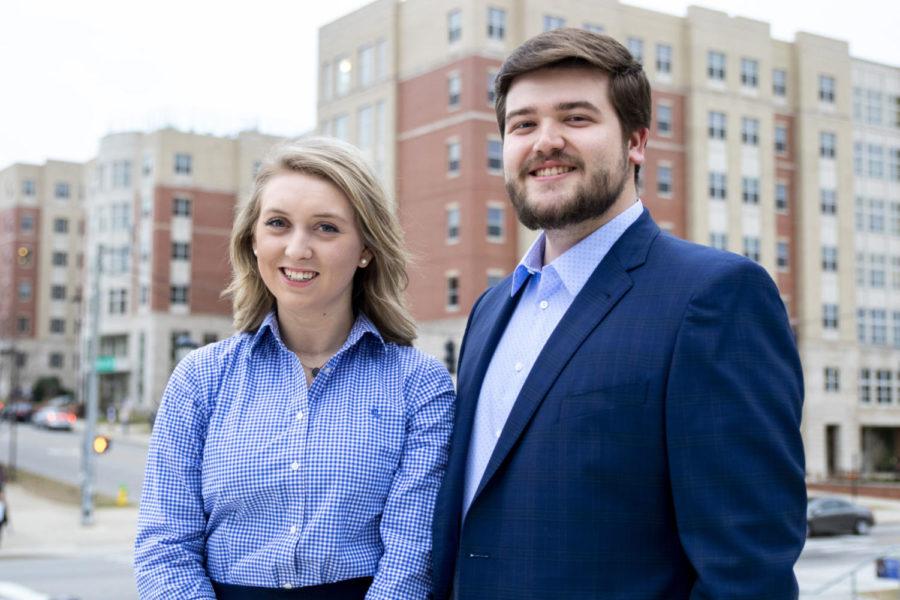 Michael Hamilton and Kat Speece have won the race to be UK’s next Student Government Association president and vice president, according to a tweet from the campaign’s account.

The pair outlasted challengers Tucker Lovett and Andy Flood, who were also featured in this week’s run-off election.

Hamilton is the incumbent SGA president, and Speece served in the SGA as the Director of Government Relations.

“Thank you to all our supporters and friends, we couldn’t have done this without you all,” the tweet read. “Here’s to a year filled with progress and experience for the University of Kentucky!”

Throughout their campaign, both candidates said they would rely on their previous experience serving in the SGA should they be elected. The Hamilton-Speece campaign has said it will put a priority on making sure students have their basic needs met, increasing campus inclusivity and sustainability and raising awareness about mental health and wellness.

This run-off election follows Feb. 26-27’s initial voting period. The Hamilton-Speece and Lovett-Flood tickets garnered the most votes in that election, securing them spots in the run-off election.

Hamilton and Speece will take office at the end of the spring semester.