Society of Women Engineers increases visibility of females in field 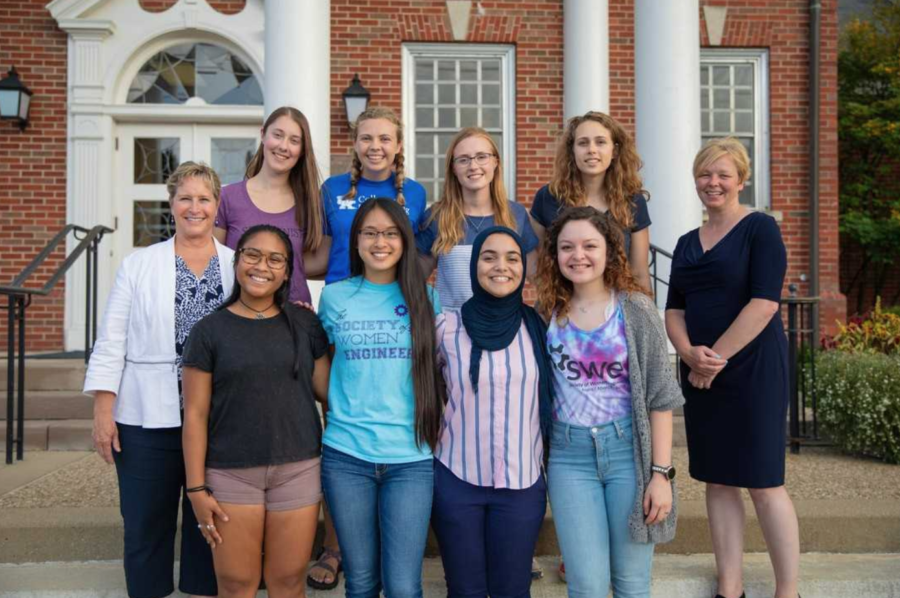 The Society of Women Engineers is a growing organization that aims to empower more women in the engineering field.

There is no question that the career field of engineering has been historically male-dominated, but the UK Society of Women Engineers celebrates women’s participation and visibility.

President of the organization and chemical engineering major Amna Al-Jumaily explained that the girls are motived by the quote, “you can’t be what you can’t see,” originally stated by Sally Ride.

Founded in 1977, the Society of Women Engineers is dedicated to increasing representation, giving back to its community and hosting professional development fairs.

Annually, the organization hosts E-Day, an event that partners with middle and high school students to build enthusiasm for the STEM field. Another highlight of their year includes the Engineering Fall Career Fair, which connects all engineering students with potential employers. This past fall, a total of about 140 companies were in attendance, which is the biggest turn out that the fair has ever seen.

However, sophomore Becca Deason, a biosystems engineering major and the Leaders & Learners co-chair, said that she is most proud of the organization’s community outreach initiatives which include “bi-weekly elementary school programs that inspire the next generation of women in STEM.”

In addition to their significant impact on young children, the members of the organization also work to motivate one another each week at their meetings.

“We have a basket called SWEet things where members can write an accomplishment they have achieved recently, and we announce them to our chapter to celebrate,” said sophomore Jill Steffen, a chemical engineering major and the Outreach Event Coordinator.

One of the UK organization’s most notable accomplishments of the school year was when it took a total of 52 members, more than any other university, to the Society of Women Engineers national conference. The members were able to create memories together by watching the Day of the Dead parade in Austin, Texas, after the conference ended.

For Al-Jumaily, one of the best parts of being an officer and member is being able to “land some really cool internships and full-time job offers” as well as feeling a sense of connection and belongingness to her fellow peers at UK. One of these job offers even included a position at NASA offered to her by a NASA engineer whom she met at the national conference in 2016.

The organization has tripled in size in a mere four years. Now, it boasts 180 prideful members who are eager to take on the engineering field.

While these ladies don’t have any special plans to celebrate the onset of Women’s History Month, Deason notes that the girls “empower each other every month of the year.”

Those who may be interested in becoming a part of this organization should email [email protected] to connect with the officers. Then, attend monthly meetings or other events hosted by the Society of Women Engineers. For more information, visit the organization’s website.