Childress chosen as next Kernel editor; King as next KRNL editor 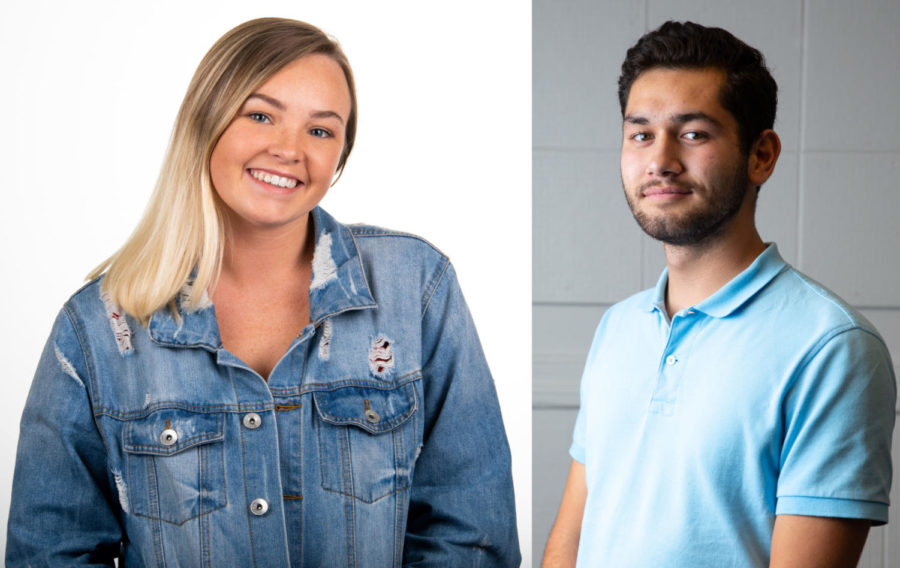 The Kentucky Kernel and KRNL named their new 2019-2020 editors-in-chief this past weekend.

“I think Rick and Allie both understand they are taking over one of the best collegiate newsrooms and magazines in the nation and the level of excellence that comes with running those operations,” said Ryan Craig, Kernel student media adviser.

Childress is a native Lexingtonion and attended Lexington Christian Academy. Childress began writing for the Kernel his freshman year at UK. He began his sophomore year as assistant news editor, then assumed the role of news editor in late fall.

Childress is a journalism and history double major. For the past year, he has also been working as a news assistant for the Lexington Herald-Leader. He has stepped down from position as he transitions into the editor-in-chief position.

“I saw [the Kernel] as a good opportunity to get journalistic experience while in college,” Childress said. “I want to serve our staff and our greater community in a leadership role. I think that finding truth and writing it out in a way that is understandable for everyone is a public service and a foundation for a good democratic society.”

As editor-in-chief, Childress plans to expand multimedia coverage, continue to find stories that expose what goes on behind closed doors and listen to voices on campus that are usually underrepresented.

“I think Bailey has done a wonderful job,” Childress said, referring to current editor-in-chief Bailey Vandiver. “I think what we need to look at in the coming year is to get better and more efficient in our current practices. And look to pass down what we know now to the next group of student journalists.”

King is a journalism major with a business minor. She is also from Lexington and went to Lafayette High School. She began writing for KRNL in August 2018. She started as the blog editor, editing and publishing online content. This spring, she was promoted to lifestyle editor before running for editor-in-chief.

“I feel like I had really good experience this past year,” King said. “It’s something I want to continue after college, and it’s a part of the career field I want to get into.”

KRNL is currently going through a transition, including adding more lifestyle content aside from their fashion content.

“[KRNL] started as a fashion magazine and magazines were 48 pages long,” King said. “We upped that to 100 pages, adding more lifestyle and journalistic content to it.”

King plans to continue this transition from solely fashion to fashion and lifestyle. She believes a lot of good content will be able to add to that and tell a lot of very good stories. She plans on keeping the fashion aspect of it as well. KRNL normally does three or four photoshoots and she wants to continue this, as well as adding editorial pieces to the magazine.

“I’m happy to have Allie in this role as she is passionate about journalism and storytelling, is very organized and a great team leader and role model,” said May May Barton, Kernel design adviser. “She will no doubt lead her KRNL Lifestyle + Fashion team to success over the next year.”

Both Childress and King will serve in their roles for the 2019-2020 school year.

“I have no doubt they are up to the challenge to build on the great work of the editors before them,” Craig said. “I’m looking forward to seeing what they can accomplish.”