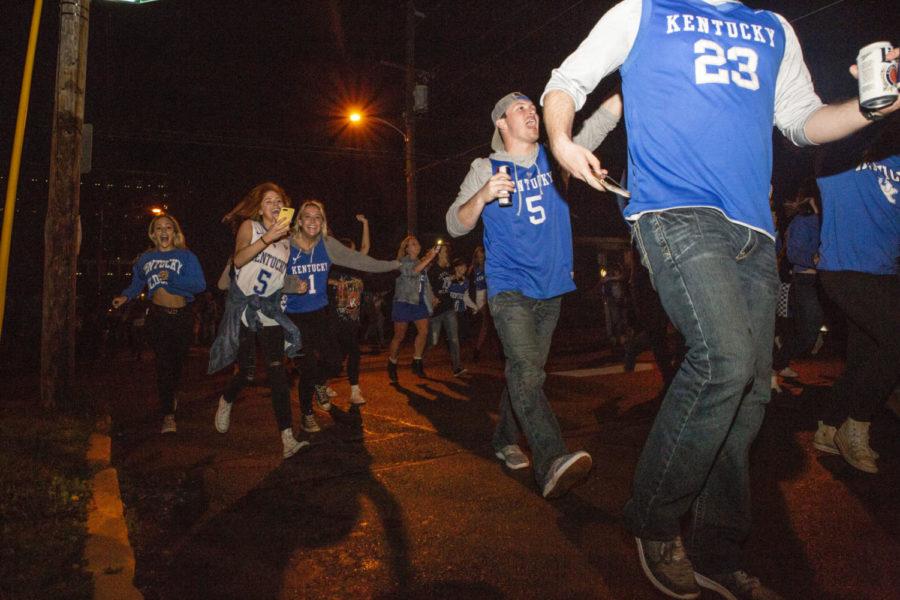 What is a UK Basketball tournament win without a few arrests?

As Friday evening neared its end and the game wrapped up, thousands of UK students and spectators filled the SWAT-team-lined State Street to celebrate the 62-58 win over the Houston Cougars.

There, fans shouted about the victory and celebrated per usual.

“I’m having so much fun,” senior McKenzie Sanchez said. “I haven’t had this much fun since sophomore year when we were so close. Junior year was bad but this year we are going to win for sure.”

It is unknown at this time the name of the individual that was escorted to the hospital, but they suffered minor injuries. Their specific injury is also not currently known.

Aside from the arrests, State Street exhibited a relatively calm celebration, partially due to the heavy presence of police.

Senior transfer student Summer Burger was shocked by the number of police lining the street. She transferred from the University of Alabama to UK this year, and this was her first time on State Street after a win.

“I’ve never seen so many police in one place in my life,” Burger said. “This is absolutely unreal. And I went to Alabama.”

One celebrator attempted to set a roll of paper towels on fire. As it began to burn, multiple police officers surrounded the spectating crowd as one officer calmly approached, removed the burning paper towels from the road and put out the fire.

As for one celebrator, he took the victory as an opportunity to cancel classes for Monday.

“Hey, I don’t make the rules,” junior Gavin Meyer said. “But no one is going to class on Monday. There’s no class.”

UK has not announced any class cancellations for Monday.

The Wildcats’ next game is Sunday. They will take on the Auburn University Tigers at 2:20 p.m.

Rick Childress contributed to the reporting of this story.