Nature has no health benefits. Psych! 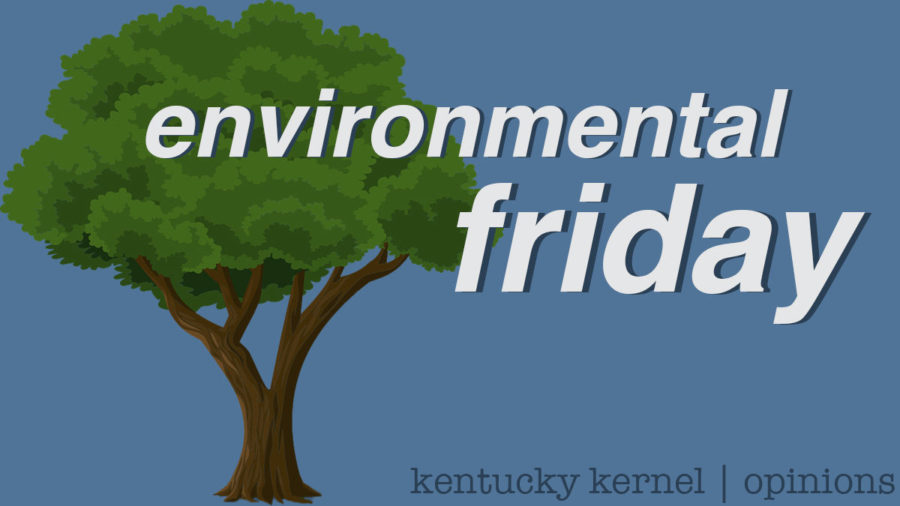 UK students, it turns out, are a migratory species. The flocks of hammockers have returned en masse to the trees of the Willy T bowl, the runners have reclaimed the arboretum, and the occasional couple of Frisbee-boys can now be seen honing their skills on Pieratt Field. It’s evident that the warmer weather has made it a difficult week to be inside.

I was able to see this human attraction to nature in a new light after attending a talk by Florence Williams, author of The Nature Fix. She visited campus last week to promote her new book and extol the virtues of reconnecting with nature.

One of her first talking points was society’s mass migration indoors and what this is doing to us mentally and physically. Kids are now spending less than half the time that their parents did outside, but spend on average nine hours per day glued to a screen. Florence also raised the point that 30 percent of kids in the US are getting less than 15 minutes of recess per day (incidentally, that’s less than chickens and prisoners).

All of this may strike the ‘90s kid hard, as many of us have fond memories of biking the neighborhoods, skirting the boundaries of the playground at recess, and having our screen time limited to early PC games and Saturday morning cartoons. The benefits of nature extend beyond nostalgia, though.

A 2004 study found that “green outdoor activities” reduce ADHD symptoms more than activities in indoor settings. Another longitudinal study out of Cornell found that children who move to a new house in areas with green space saw improved cognitive functioning compared to their peers who moved to areas with fewer natural resources nearby.

There are also studies linking nature to decreased stress and anxiety. In countries like Japan, where their vernacular contains a word for working oneself to death, “Forest Bathing” is becoming increasingly popular for lowering blood pressure and cortisol.

Even if you aren’t the biggest fan of the outdoors, another way in which this connects to UK students is the potential for research. Does one type of nature suit all when it comes to reaping the health benefits?

How much time in nature is beneficial? Does the type of nature matter? Is there a critical age for nature exposure?

This is a broad field which could be studied in the context of any major. Nursing student Brianna Damron, researches the mental health benefits of tree walks. Personally, I study the links between motivation and pro-environmental behavior. When I tell people about my dual interest in psychology and the environment, the typical response is some variation of “Wow, those are different!”

The truth is, though, just looking at the way we are drawn to green spaces on campus show that these fields aren’t so disparate after all. We’re just now getting back to our roots (so to speak) when it comes to realizing just how important it is to interact with and care for our environment.