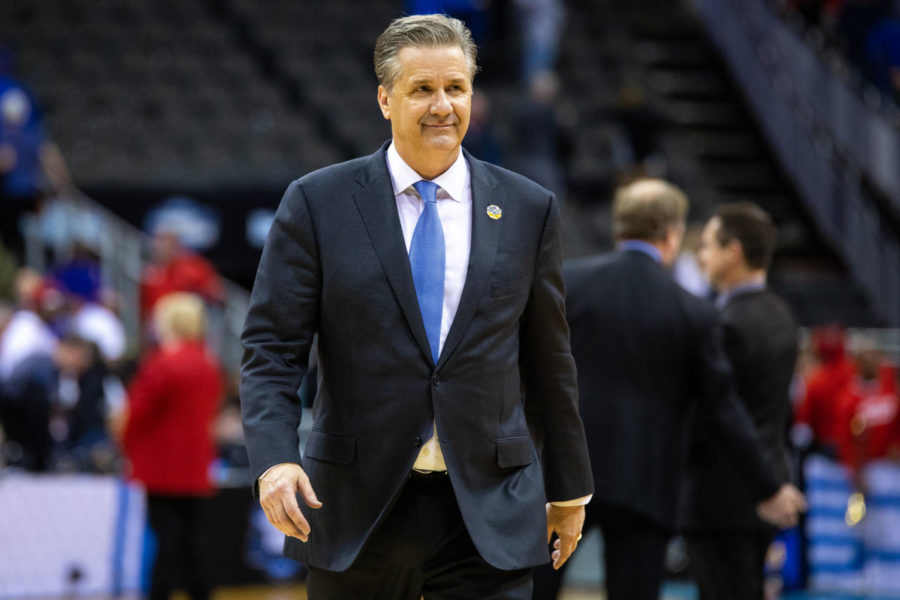 Kentucky head coach John Calipari smiles as he walks off the court after the game against Houston in the NCAA tournament Sweet 16 on Friday, March 30, 2019, at the Sprint Center in Kansas City, Missouri. Kentucky won 62-58 and will play Auburn in the Elite Eight. Photo by Jordan Prather | Staff

Sestina, a 6-foot-9, 245-pound power forward, averaged 15.8 points and 8.5 rebounds per game for Bucknell this past season, shot 38.0 percent from the three and shot 81.8 percent from the foul line. His first season of college, Sestina only played four games due to injury and has decided to use that extra year of eligibility to finish his college career at UK. The Emporium, Pa. native visited Kentucky earlier this week.

“It’s been an amazing ride from Emporium to Bucknell and everywhere in between, and it’s surreal to think my college basketball career isn’t over yet,” Sestina said in a tweet. “I’m humbled to get started with (Kentucky basketball)! Need to thank God, my family, my coaches, teammates and (John Calipari)#BBN.”