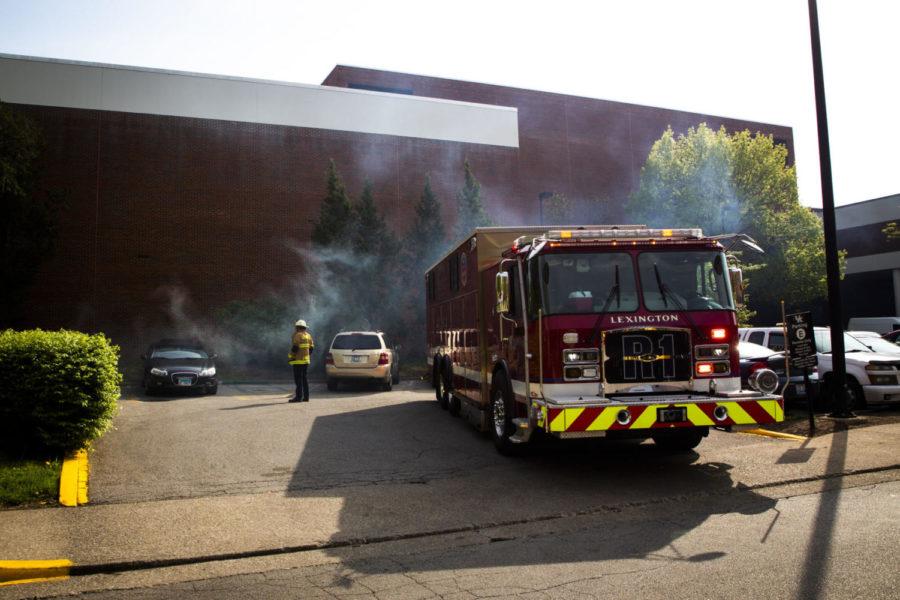 Lexington Fire Department Major Walter observes smoke coming from a vent outside the Singletary Center on UK's campus on Wednesday, April 24, 2019, in Lexington, Kentucky. Walter said it was most likely just a "smoke scare." Photo by Arden Barnes | Staff

At the scene, reporters observed a considerable amount of smoke pouring from a vent on the side of the building which faces Patterson Drive and the Lucille Little Library.

Lexington fire officials at the scene said the incident was under investigation, but was likely “just a smoke scare.”

“We believe it’s a generator that hasn’t been running in a while that’s been causing the smoke,” Major John Walter, of the Lexington Fire Department said. “It’s probably nothing more than just a smoke scare.”

Many UK students, on their way to class, passed the scene casually. Most just gave a passing glance at the jam of fire engines blocking Patterson Drive.

By 10:20 a.m., the vent had ceased to produce smoke and all of the fire vehicles had left.