Remembering JKru through his photos 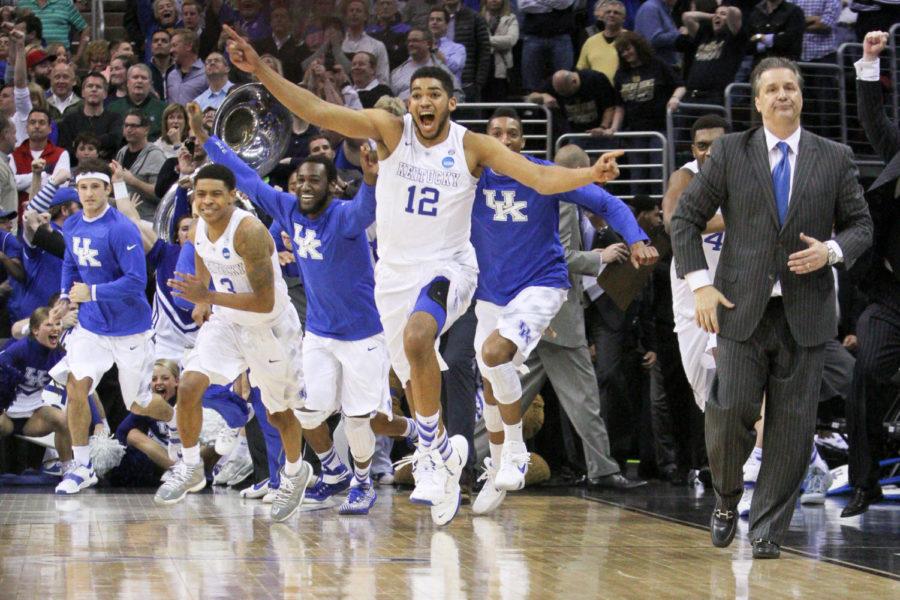 The Kentucky bench is lead by Karl-Anthony Towns onto the court after beating Notre Dame in the Elite 8 of the 2015 NCAA Men's Basketball Tournament against the at Quicken Loans Arena on Saturday, March 28, 2015 in Cleveland , OH. Kentucky won 68-66. Photo by Jonathan Krueger | Staff.

During my first couple weeks as photo editor, I took a little time to go through our photo archives. I was looking to see what images Kernel photo editors of the past had captured to get an idea of what my next year would be like. Jonathan Krueger’s archive was one of them that stood out the most to me. I joined the Kernel because of my love for sports photography, and it was obvious that Krueger had a very similar interest. The majority of his 2,300+ photo archive is filled with sports images, and after a year and a half of working at the Kernel, mine is much of the same.

One thing about Krueger’s photos that made me excited was his set of photos from the NCAA men’s basketball tournament. In 2015, UK made it all the way to the Final Four, and Krueger got to follow the team there. One of the photos that stood out to me the most was from the Elite Eight game between UK and Notre Dame. The game had just ended and UK won, 68-66. Karl-Anthony Towns led the rest of the players from the bench to run onto the court and celebrate the regional championship with their teammates.

I looked forward to capturing a similar moment all year. I got the opportunity to travel to the Elite Eight and capture a moment, but it was one of sadness as Kentucky players sat in the locker room after coming up short to Auburn. The experience was amazing, however, and I can only imagine what it was like for Krueger covering the Final Four.