SEC names UK’s Eli Capilouto as president of the conference 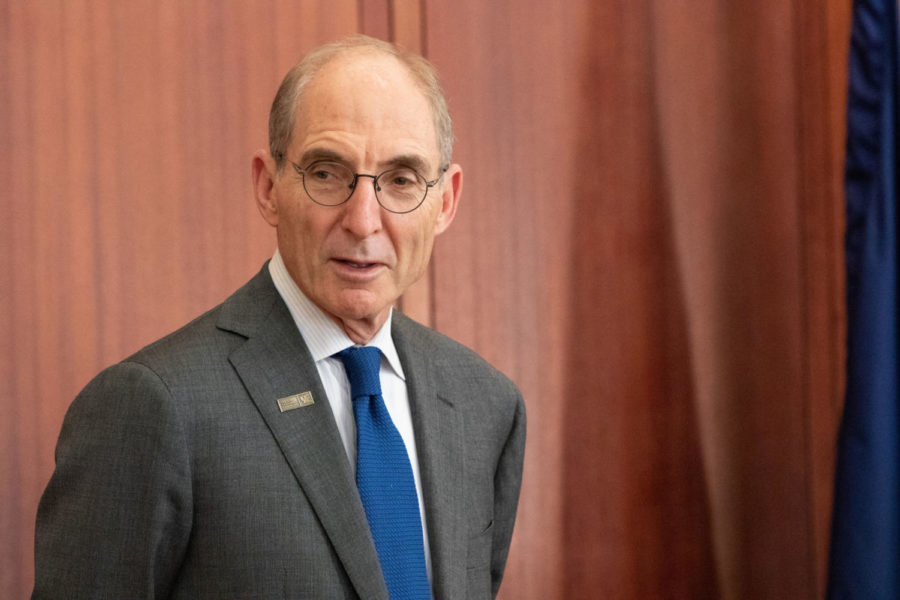 University of Kentucky President Eli Capilouto will serve as the president of the SEC this year.

This week, the conference elected President Capilouto to make decisions regarding SEC athletics. Capilouto was elected by fellow SEC presidents to serve his one-year term at the annual spring meeting in Destin, Fla. The University of Georgia President Jere Morehead will serve as vice president of the SEC during the term.

According to UKPR, UK Athletics surpassed its goal of a department-wide grade-point average of 3.0 for the 14th consecutive semester. Capilouto has served as president of UK since 2011, and since then, he “has led an eight-year, $2.4 billion re-building of the campus and its facilities.”

The announcement of his one-year presidential term follows a large SEC change. Last week, the SEC announced they would be allowing alcohol sales stadium-wide, to the school’s discretion. This decision was also made at the spring conference in Destin.