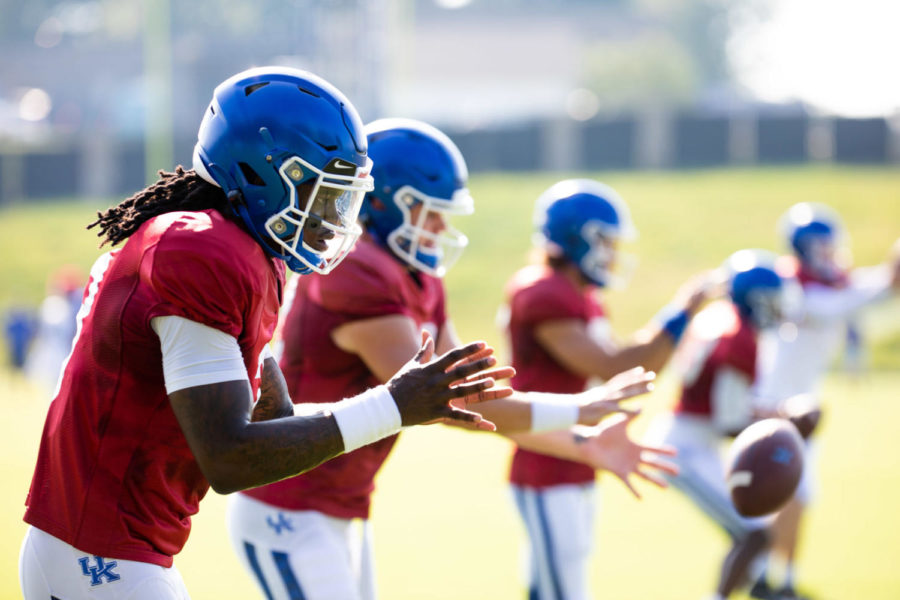 Football is finally back in the bluegrass.

After an impressive 2018-2019 season that was capped off with a Citrus Bowl victory over Penn State, Kentucky football opens the new campaign with a home date against Toledo.

The Rockets are not from a Power Five conference, but they have high expectations this season. A victory against the Cats in the opening week would make a big statement. Here’s what you need to know about Toledo:

Jason Candle is in his fourth year as the Rockets’ top man. He has compiled a 28-13 record through his first three seasons, including an 11-3 mark in 2017 that netted him the MAC Coach of the Year award.

The Rockets went 7-6 last season, ending their year with a loss to Florida International in the Bahamas Bowl. Toledo has not played an SEC opponent in his tenure.

Toledo returns six starters from last year’s team, including left tackle Cameron Bell and right guard Yazeed Atariwa. Starting center Bryce Harris, who was second-team All-MAC in 2018, is out for the season with an injury from before training camp began.

Senior QB Mitchell Guadagni is back as well, and is the Rockets’ starter for week one. He made seven starts for the team before having his season ended due to injury. He was 69 for 120 good for 1,053 yards in those games, tossing 13 touchdowns to just three interceptions, adding 428 yards and three scores on the ground. Junior Eli Peters also saw significant action for Toledo in 2018, going 146/265 for 1,837 yards and 18 touchdowns with seven interceptions in six starts.

At running back, redshirt sophomore Bryant Koback and junior Shakif Seymour, the top two rushers for the Rockets a season ago, both return. Seymour put up 565 yards and 5 touchdowns, while Koback racked up 917 yards and a whopping 14 touchdowns in his first season of action. This game marks a homecoming of sorts for Koback, who began his career in Lexington in 2017 before transferring back to the Rockets, his true hometown team.

Toledo will practically have a brand-new receiving core after losing their top three options from a season ago – Cody Thompson, Dionate Johnson and Jon’Vea Johnson – to graduation. Senior Desmond Phillips is the most experienced wideout returning, with just 27 receptions in 2018. He’ll be aided by tight ends Reggie Gilliam – a second team All-MAC selection in 2018 – Drew Rosi, and Jamal Turner. Gilliam caught only six passes last season, but three were for touchdowns.

The Rockets return nine players who made 30 tackles or more from a season ago, including senior safeties Kahlil Robinson and DeDarallo Blue – who is now a linebacker on the depth chart – senior linebacker Jordan Fisher and sophomore defensive end Jamal Hines.

They will all look to step up in an even bigger way this season, as 2018 leading tackler LB Richard Olekanma graduated and leading sack man Tuzar Skipper moved on to the NFL.

Start time for Kentucky-Toledo from Kroger Field is Saturday at noon. The game can be viewed on SEC Network and through the ESPN app.