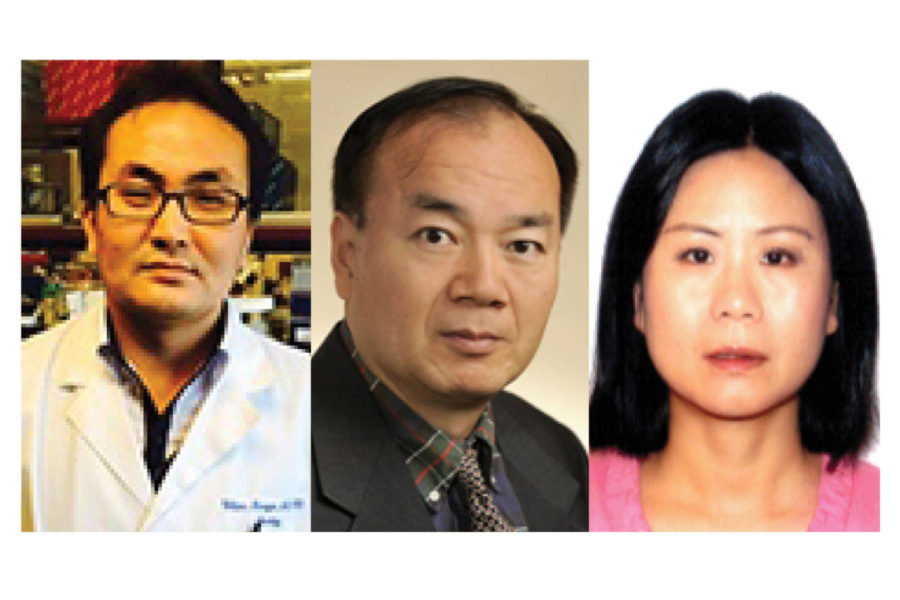 From left: Staff research scientist Donghern Kim and professors Xianglin Shi and Zhuo Zhang. The trio worked in the Department of Toxicology and Cancer Biology, part of the College of Medicine.

UK has already fired Kim and has begun the process of firing Shi and Zhang. According to the press release, the trio worked in the Department of Toxicology and Cancer Biology, part of the College of Medicine.

An outside source first notified the university of potential misconduct, the press release showed. UK Vice President of Research Lisa Cassis then formed an inquiry committee that decided there were grounds for a full investigation.

A team of UK scientists reviewed research methods and found falsified or fabricated data in seven grant proposals and 13 scholarly papers. According to the press release, the committee found “some instances of an intentional effort to deceive, and in other instances, careless and reckless handling of experimental data and figure construction for grants and publications.”

“As the University of Kentucky supports outstanding research to address Kentucky’s most significant and protracted challenges, we are committed to a continual examination of our processes, policies, and procedures to protect against research misconduct. Our research must be conducted in an ethical and responsible manner, consistent with our published policies and standards,” said Blackwell and Cassis in a joint statement. “In the rare instances when researchers violate our expectations and standards, the University will act forcefully and without hesitation to investigate the misconduct, correct it, and take steps to prevent recurrence.”

Shi and Zhang are not permitted to come on campus or use university equipment; their faculty labs have been shut down. Kim worked in Zhang’s lab.

Absent their agreement to resign, the university will start the process to terminate employment. UK Provost David Blackwell will prepare a recommendation of dismissal and present charges to the Senate Advisory Committee on Privilege and Tenure.

According to a press release from the university, UK’s findings have been submitted to the federal Office of Research Integrity and notifications to funding agencies will follow. UK will also seek retraction of the publications in question.

Shi has been removed from positions as Associate Dean of Research Integration in the College of Medicine and William A. Marquard Chair in Cancer Research. In addition, Shi will be replaced as program director of the UK Center for Appalachian Research in Environmental Sciences by Ellen Hahn from the College of Nursing.