The suite life of dorm living 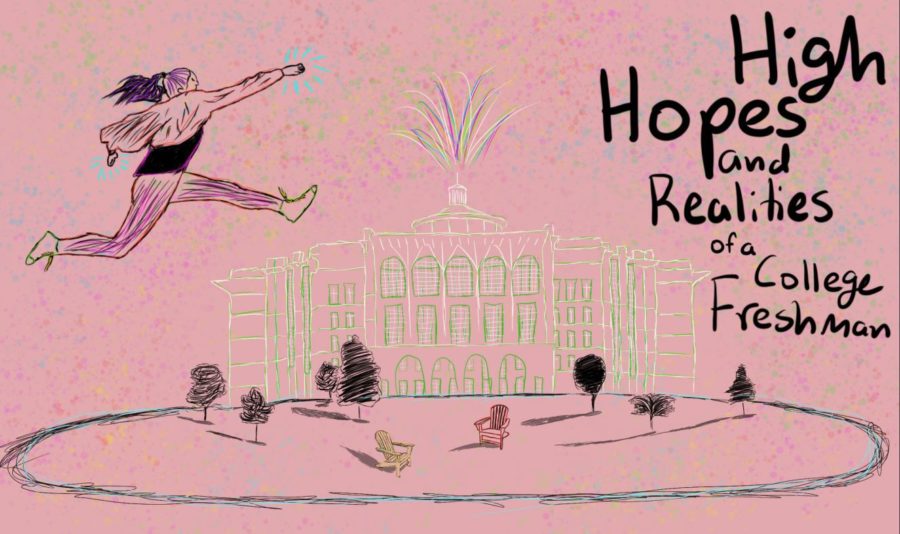 Column: High Hopes and Realities of a College Freshman

Back home, I was accustomed to living apartment-style, with all the amenities of one. Multiple rooms, space and a kitchen were at my disposal whenever I needed it. A month of living in a dorm has shown me that I don’t have to give all those perks up.

At the start of the school year, I didn’t have a roommate for about a week because of housing complications. The temporary privacy was something I never thought I’d have while living in a four-person suite. I relished it, until one day when I unlocked my door and saw the empty space had been filled.

At first, I had no idea how to adjust to living with someone else only a few feet away, but it ended up working out for the best. I hate feeling lonely, so having someone there (even if I’m not talking to them) helps reduce those feelings. I wouldn’t say we’re great friends, but the presence is comforting.

Living in a dorm and visiting my friends feels like when you’re in a big club or team and you all stay at a hotel for an event — the whole building feels like your bedroom. There’s a thrill in being able to move from room to room unrestricted to hang with friends. Furthermore, amenities you might have never had in your house, like a gaming area fitted with a ping pong and pool table, add to the feeling of luxury without it lasting only a weekend.

Back at my parents’ home, I could never have participated in a spontaneous Nerf battle brought on by randomly talking to strangers, and have more people I didn’t know join in. Furniture was overturned for defenses and “Pirates of the Caribbean” music was played on a speaker. Even though it was all understandably shut down by an RA, I lived out dream I didn’t even know I had about college.

The fun doesn’t stop there. All of my classes are on north campus but I live central, so I spend a lot of time away from my cocoon of a bedroom. To compensate, I’ve adapted to making a bed out of Gatton and Willy T and letting go of needing a literal bed to feel comfortable and cozy.

Moving from an apartment or a house to a small dorm can seem like a big change, but I’ve decided to embrace the differences and make the whole campus my bedroom.