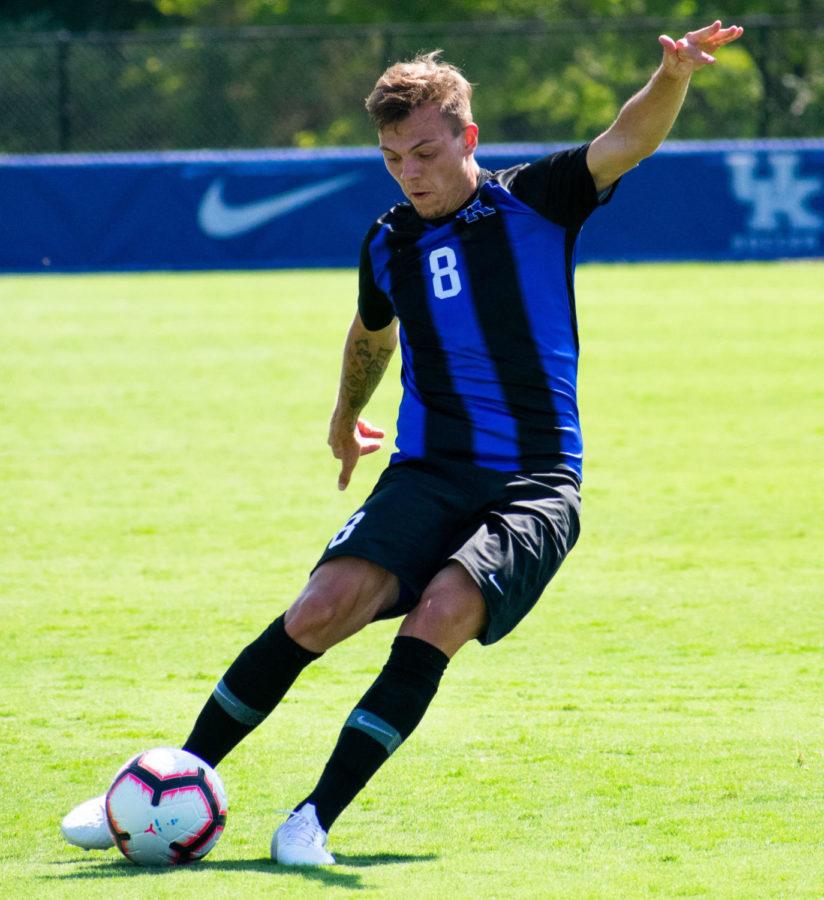 The University of Kentucky men’s soccer team (6-2-3, 1-1-1 Conference USA) hosted FIU (9-0-3, 3-0-0 C-USA) on Sunday night in a C-USA conference matchup. The Wildcats looked to get a victory coming back from a 0-0 draw against the University of Indiana, but were unable stop FIU’s offense, falling to the Panthers 2-1.

Last year, Florida International came up with the 3-2 win in what was the Wildcats’ only regular season loss. This time around the score was different, but the result stayed the same as this was the first time Kentucky’s home crowd saw defeat.

FIU arrived at Lexington with an undefeated record, which includes three conference games, and looked to continue that play as they faced Kentucky. They did just that, coming behind a goal and scoring in the 89thminute to cap off the win.

The first half was just as expected with both teams looking to create chances. Both defenses stayed strong until the 26th minute when Daniel Evans broke FIU’s defense with an assist by Kalil ElMedkhar, putting the Wildcats on the scoreboard 1-0. Just a minute later, FIU’s Andrew Booth responded with a 27th minute equalizer, assisted by Alban Rousselet. The match ended 1-1 going into halftime.

In the second half, the Wildcats held most of the possession and several shots on goal, but were unable to reach the back of the net. Kentucky kept pushing forward on FIU’s third of the field, putting immense pressure on their defense. In the 89th minute, FIU found space on the break and Mohamed Conde got the ball past the goal line in what resulted in the scored that gave Florida International the 2-1 victory and defeating Kentucky for the second straight year.

While heading into Sunday averaging 10.1 attempts per game, Kentucky registered a total of 15 shots against the Panthers, out-shooting them 15-6. While Florida International’s goalie Daniel Gagliardi had an impressive night as he was able to snag a total of seven saves, UK goalie Enrique Facusse recorded two saves and ended his shutout streak.

Next up for the Cats will be a home match as they will host Big Ten’s Ohio State Wednesday at 7:00 p.m.