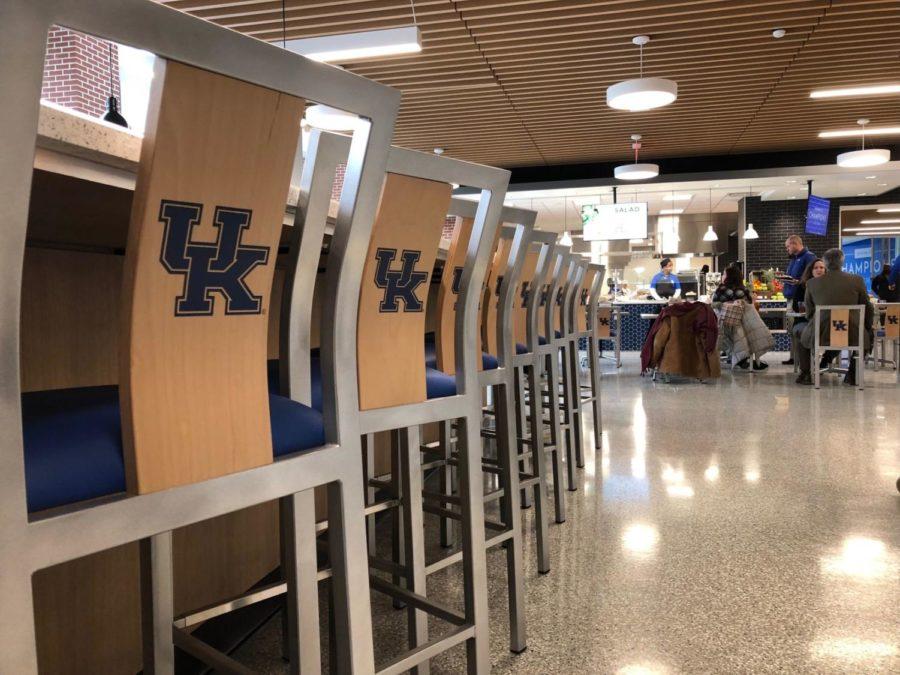 Construction on the University of Kentucky’s new Gatton Student Center isn’t done quite just yet.

In a unanimous decision during Friday’s Board of Trustees meeting inside Kroger Field’s Woodford Reserve Club, the Board voted to expand the Gatton Student Center.

According to UK Vice President Eric Monday, the expansion is necessary because the building’s dining area, Champions Kitchen, is not holding enough people, especially when it comes to lunchtime.

“We are having a great deal of challenge meeting the demand as it relates to dining,” Monday told the Board. “Specifically at the lunch timeframe.”

Not only are they having challenges meeting demands, but they are anticipating undergraduate enrollment to grow. This year saw UK’s biggest freshman class to date.

UK Dining sold a total of 8,878 meal plans this year, including voluntary purchases as well as involuntary for those students that live on campus.

Monday announced that the administration talked with UK’s dining partner Aramark, the student center team, the team for student academic life, their facilities team and the original architect and designer of the building before deciding to pursue the new student center project.

“This is an area that we looked at some years ago as a possibility for some other projects, so it is architecturally sound,” Monday said in Friday’s meeting.

According to the announcement, the building is still going to look similar to the way it does today, with the ground level expanded. Monday said that expanding the ground level could also lead to expansion of the second and third floors, if need be.

The 35,000 square-foot expansion should cost around $25 million to complete, according to Monday. The university has self-funded “a little under $1 million for the design.” They intend to ask the vast majority of this project to be funded by Aramark.

With this expansion, the student center’s first floor will be dedicated to 325-350 seats for dining, and the second and third floors will be “focused on student success.”

“We constructed the renovated Student Center with the capacity for expansion to meet the needs of students and our campus community as we grow,” Monday told UKPR. “The Student Center has become the living room of our campus even more quickly than we anticipated.”

UK will go to bid on Dec. 1 to determine a construction start date, but according to UK Spokesperson Jay Blanton, construction will likely start in mid-January.