Can the Cats keep their cool playing game one in Madison Square Garden? 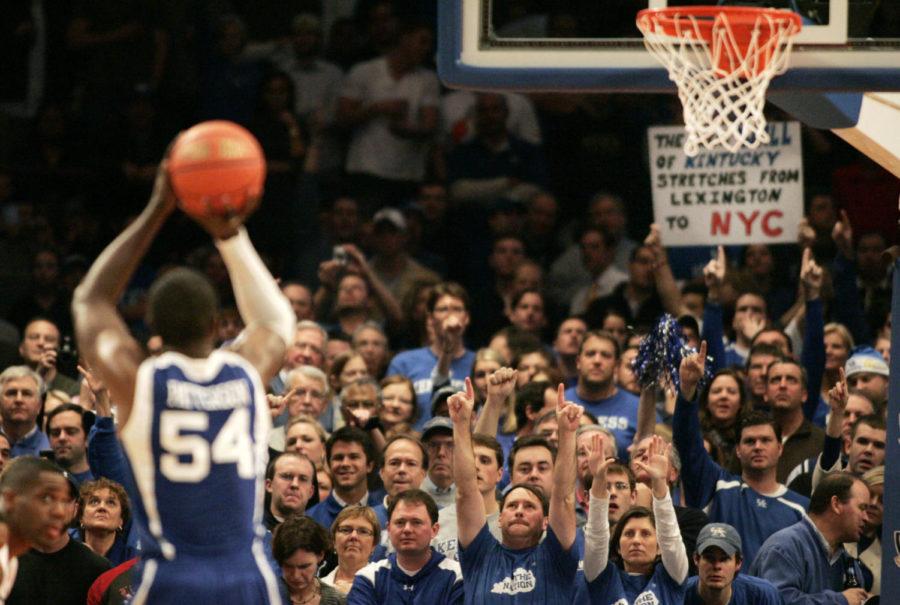 It’s the Mecca of sports.

It’s the place every little kid dreams of playing one day, it’s where Muhammad Ali and Joe Frazier fought in one of the most historic and famous boxing matches of all time, it’s home of the New York Knicks. And it’s the biggest stage the Kentucky men’s basketball team could play on for the very first game of the season.

On Tuesday, Nov. 5, UK will play its first official game of the 2019-2020 season in the Big Apple at Madison Square Garden against Michigan State as a part of the State Farm Champions Classic. The Cats were beaten last year in MSG against Seton Hall, so for some of the returners, they’re trying to flip the script this year. But for the newcomers, it couldn’t be a better way to begin their careers in a Kentucky jersey.

“It’s crazy,” Freshman Keion Brooks said at UK media day. “Playing against the No. 1 team in the country, Michigan State, that’s coming off of a Final Four appearance. They’ve also got a great coach in Tom Izzo.”

Since the late 1800s, Madison Square Garden has been one of the most world-famous venues for sports and entertainment, so bear with the Wildcats while they get their jitters out.

“I’m pretty sure the first few minutes of the game it’s going to take me a little bit to settle down, but after that, it’s basketball,” Brooks said. “That’s why we’re playing this game of basketball. And I feel like we’re pretty good at it, so that should be fun.”

UK head coach John Calipari has gone 4-1 at Madison Square Garden in his 10 seasons so far at Kentucky—last year’s overtime loss to Seton Hall was his first as a Wildcat.

“Last year playing against Seton Hall there, that was a crazy game,” Sophomore guard Immanuel Quickley said. “And it wasn’t even all packed. The top section wasn’t even all filled. It’ll be crazy to just to know that that place could be sold out. It’s going to be a lot of fun.”

Calipari’s first game coaching Kentucky at MSG was his first year in 2009 when the Cats played the University of Connecticut and won 64-61. John Wall, believe it or not, was UK’s leading scorer that day with 25 points, including 12 straight to help lead the team to a victory. The next time Cal’s program played there was Kentucky’s national championship year in 2011-2012. They beat Kansas at the Garden 75-65, with the help of Doron Lamb’s 17 points and Anthony Davis adding 14 points and a whopping seven blocks.

For four straight seasons to follow, the Cats would go without playing a game in New York City, then beat Michigan State 69-48 in 2016, defeated Monmouth in 2017 and of course, suffered the Seton Hall loss last year in 2018.

The Cats are diving right into it in early November, and freshman Tyrese Maxey had a pretty accurate way of describing it what it’ll be like to play in such a historic setting for his first UK game.

“You know how you throw something right into the fire? That’s how it feels. We’re getting thrown right into the fire,” Maxey said with a laugh. “They were in the Final Four last year. Great team, great program, and I think it’s going to be a lot of fun. I can’t wait.”

A few of the older guys like Ashton Hagans and Nick Richards mentioned how they were excited that their families will get to see them play in Madison Square Garden again, something they’ll never forget.

“For me, I lived in New York for a couple years with my family…” Richards said. “Just seeing my family in the stands cheering for me, all of my family members actually, probably one of the happiest moments of my life.”