No. 6 UK basketball falls to Utah 69-66 in Neon Hoops Showcase 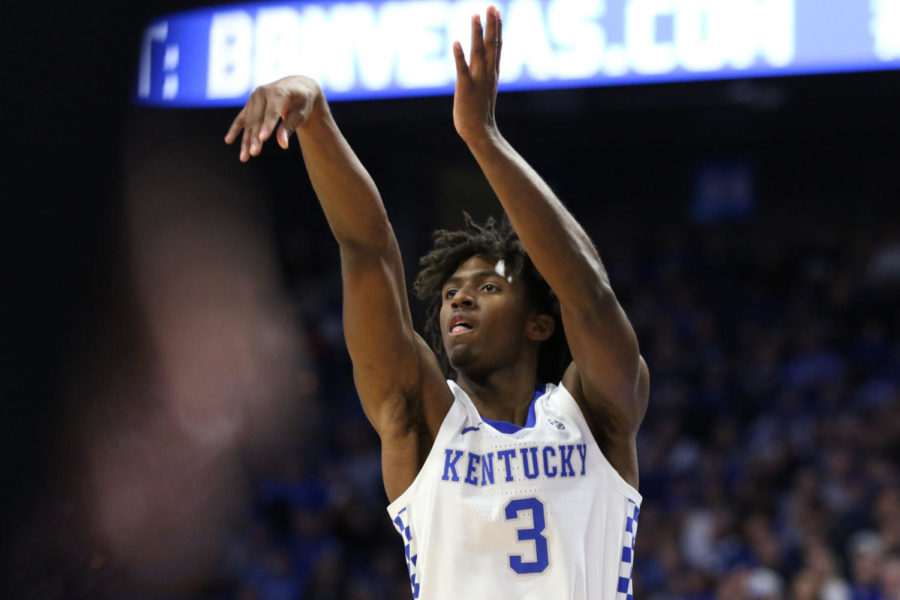 UK head coach John Calipari went with a three-guard lineup against the Utes, starting Ashton Hagans, Immanuel Quickley, Tyrese Maxey, Nick Richards and EJ Montgomery. Nate Sestina was back for the Cats after sustaining a wrist injury on Nov. 27 and played nine minutes against Utah.

The Utes were in control for the majority of the game, shooting lights out while Kentucky went 41 percent from field and just 0-of-7 from three-point range. With the help of EJ Montgomery, the Cats went on an 8-0 run to cut Utah’s lead to 35-31 at halftime. Montgomery, Maxey and Hagans combined for 25 of Kentucky’s 31 points through the first 20 minutes.

Utah led by as many as 17 points in the second half, but the Cats fought back and tied the game with 1:43 left. Back-to-back steals by Montgomery and Hagans led to two huge baskets, tying it up at 66 with just under two minutes to go. Utah would jump ahead by two, and with 22 seconds to go, a call was reviewed and reversed to go in Utah’s favor after Maxey was originally fouled driving to the basket. Kentucky’s Kahlil Whitney fouled out on the following Utah possession, sending Rylan Jones to the line, who hit 1-of-2 shots. A Kentucky time out with three seconds left gave the Cats a chance to set up a play, but an open look for Quickley was a no-go, and Utah took the victory.

Kentucky ended up shooting 2-of-17 from beyond the arc.