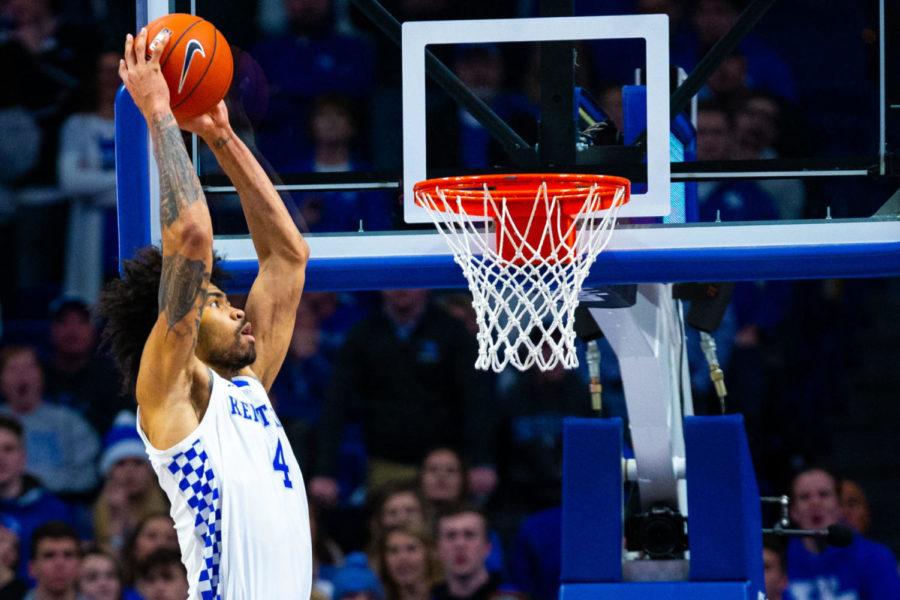 In a 76-74 overtime win that likely aged Kentucky fans 20 years, the No. 15 Wildcats escaped No. 18 Texas Tech, ending a Red Raiders 54-game non-conference winning streak at home. With the BIG 12/SEC Challenge win, the Cats improved to 15-4 on the season and remain undefeated in their five games ever played against Texas Tech. Here are some key numbers from the showdown in Lubbock:

25: This number represents “junior year Nick Richards” in full force. In what was his eighth double double in 19 games, the forward finished with a career-tying 25 points, 14 rebounds and four blocks against the Red Raiders. That makes him the first Kentucky men’s basketball player since Anthony Davis to put up 20 points, 13 rebounds and four blocks in a game. In his career-high 39 minutes played, he went 7-for-10 from the floor and 11-for-14 from the line, including making five out five free throw attempts in overtime.

20: If you’re a Cats fan, you might want to look away for this one. Kentucky committed 20 turnovers compared to Texas Tech’s 13. The majority of those turnovers came from the UK guards– Immanuel Quickley, Tyrese Maxey and Ashton Hagans committed six, five and four, respectively, and the Red Raiders capitalized. The BIG 12 opponent scored 25 points off Kentucky’s turnovers. That being said, here’s an incredibly odd stat for you: during the John Calipari era, the Cats are 10-0 in games they’ve committed at least 20 turnovers.

16: Ashton Hagans extended his five-or-more-assists streak to 16 straight games, which is the best streak since Tyler Ulis did it 24 straight games in 2015-16. The sophomore totaled seven assists against the Red Raiders and currently leads the SEC in the category with 7.3. Hagans didn’t have his most impressive game offensively, but boy, was he a nuisance defending Texas Tech. He made a couple absurd defensive stops for Kentucky down the stretch, proving himself as one of the best on-ball defenders in the country.