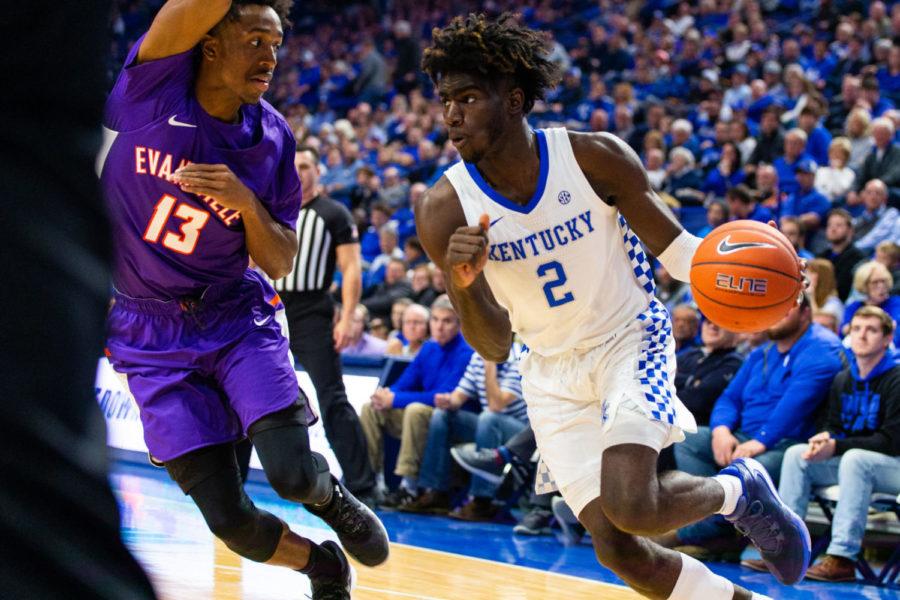 Kentucky freshman forward Kahlil Whitney drives to the basket during the game against Evansville on Tuesday, Nov. 12, 2019, at Rupp Arena in Lexington, Kentucky. Evansville won 67-64. Photo by Jordan Prather | Staff

A report by Evan Daniels of 247Sports says former Kentucky basketball forward Kahlil Whitney is leaning towards entering the NBA Draft and not using his college eligibility.

A week ago, the freshman announced on Twitter that he would be departing from the University of Kentucky, but didn’t say whether he would be transferring, entering the draft, or pursuing other opportunities.

The former McDonald’s All-American averaged 3.3 points per game and 1.7 rebounds per game, appearing in all 18 of the Wildcats’ games up until he announced his departure, while making eight starts.