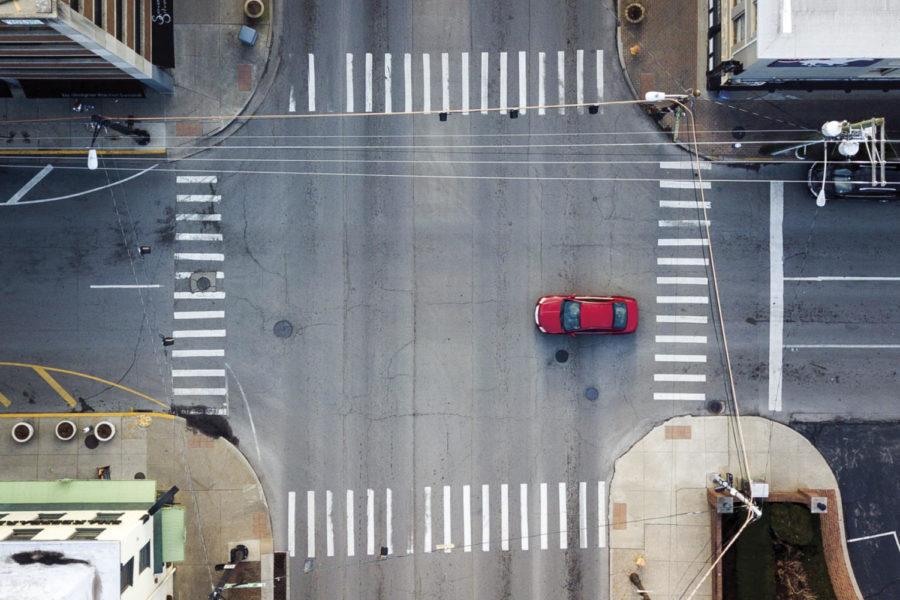 An expansive sewage construction project expected to cause major traffic issues for upwards of a year is rolling onto UK’s campus early this semester.

The project, now years in the making, will impact several highly trafficked roads in downtown Lexington, including Winslow Street, Avenue of Champions and Rose Street—all important thoroughfares for campus going drivers and pedestrians.

Although university and city planning officials remain in talks about an official timeline, ground is tentatively scheduled to break on Monday, Febuary 3, at Winslow Street and South Limestone, according to Charlie Martin, the water quality director for Lexington.

Two crews will work concurrently on Winslow Street and beneath the South Limestone bridge, according to Martin. During this time, the southbound lane and sidewalk of Avenue of Champions will be closed and one lane of traffic toward Winslow will remain open. Winslow will also be restricted to one lane.

Crews are anticipated to remain on Winslow Street for 55 days and on South Limestone for 60 days, working five days a week, Monday through Friday.

Martin has repeatedly warned that the project will be a necessary headache.

“There’s no good way to do this. Every bit of it is disruptive. Unfortunately, it has to be a short-term disruption for a long-term benefit,” Martin said during an interview with the Kernel.

The short-term disruption is complicated by UK’s current South Limestone Garage expansion project on the Winslow and South Limestone intersection, which began in late 2019. That construction project caused a complete closure of Winslow last semester and led to heavy backups on Avenue of Champions.

“We’ve worked very closely with the university,” Martin said. “We (the sewage construction crews) need to get out of there before they finish.”

The university has projected that the new parking garage and retail space will be completed in August 2020, before which time the two projects will work concurrently, according to UK Transportation Communications Officer Lisa Cleveland. City officials and UK planners are still in conversations to iron out the details.

The long-term benefits mentioned by Martin include necessary sewage updates for the city, particularly for the campus population, which has steadily increased in recent years. According to Martin, the sewage pipes serving the campus and Chevy Chase areas are “anywhere between 75 and 85 years old, broken and inaccessible.”

“(The pipes lack the) capacity and… long-term integrity to be able to survive,” Martin said in October 2019 during a Lexington Fayette-Urban County Council meeting. According to Martin, the current pipes were laid in the 1930s and are largely made of clay. As a result, several portions of piping are broken or otherwise deteriorating.

Following the completion of construction on Winslow and South Limestone, city crews will shift attention to sewage pipes on Avenue of Champions in front of the Gatton Student Center. Martin predicted this phase will have a “real impact to the students and pedestrian traffic.”

For 203 days starting in roughly Spring 2020, Avenue of Champions will remain closed to one outbound lane towards South Limestone. Rolling sidewalk closures are also anticipated during this phase.

Martin said city planners have been very cognizant of the project’s profound impact on students and faculty, which is why construction has been delayed so long thus far. Original plans anticipated construction to begin in January 2020 or late 2019.

But further delay is difficult; the renovations are required by a consent decree with the Environmental Protection Agency. That decree tasks Lexington to fully update its sanitary systems by 2026 in order to comply with the Clean Water Act.

The current sewage pipes serving UK and large swathes of downtown Lexington are known to overflow, according to Martin. Therefore, students aren’t the only stakeholders in this project – the national government also has a vested interest in its speedy but efficient resolution.

“It’s a hard project,” Martin said. “We’ve had a lot of hard projects during the consent decree… (The sewer replacement is) probably the most difficult one. But we always find a way. We’ll get through.”

This is a developing story. Updates will be provided as more concrete timelines emerge.