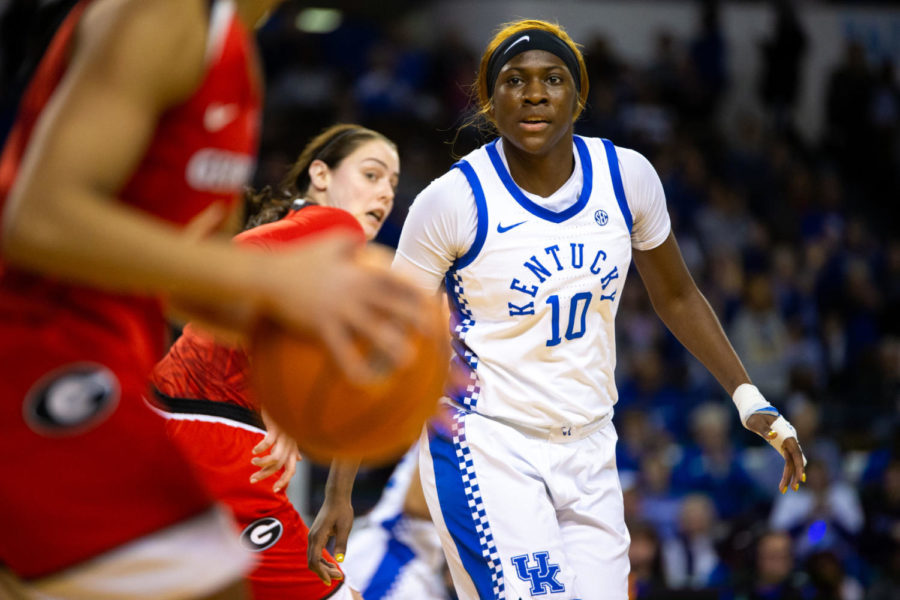 After the NCAA basketball season came to a screeching halt, one UK women’s hoops player received a big award.

Kentucky sophomore guard Rhyne Howard was named a First-Team All American by the Associated Press Thursday afternoon. That makes her the first player in program history to receive first-team honors by the AP.

“Rhyne is the definition of an All-American and one of those rare players that impacts the game in absolutely every statistical category,” Wildcats head coach Matthew Mitchell said in a UK press release. “She’s so much more than a prolific scorer. She has zero weaknesses, which makes her the most dynamic player in college basketball.

Defensively, she makes incredible plays that you just don’t see every day and her effort on the boards is exceptional and a difference maker. Even considering her statistical prowess in every category, her most special quality is her ability to come through in the clutch. There is no player in America who I want to have the ball at a crucial time more than Rhyne Howard. She is a true All-American and we’re proud of all she has and will continue to accomplish.”

Howard was also named SEC Player of the Year, and was named SEC Freshman of the Year in 2019. She led the Cats and ranked second nationally with 23.4 points per game, grabbed 6.5 rebounds per game and 62 steals.

If you’re feeling a little blue from basketball withdrawals, here’s a few links to stories and photo galleries to look back on Howard’s impressive season:

Quick takeaways from Kentucky’s win over the Aggies | Photo gallery