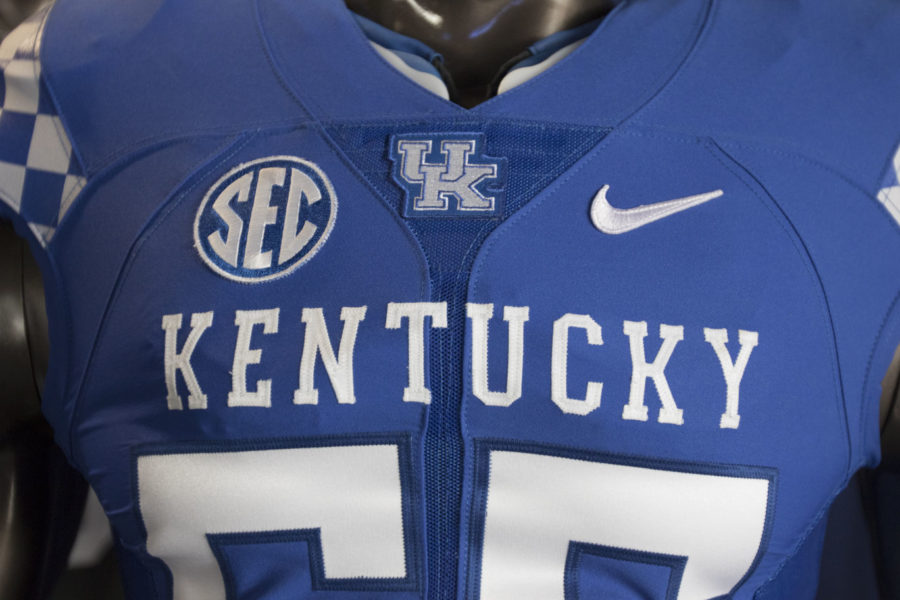 UK, in partnership with Nike, unveil a new graphic identity, secondary logo and uniforms during a press conference at Commonwealth Stadium in Lexington, Ky. on Friday, February 5, 2016. Photo by Michael Reaves | Staff.

The Wildcats have secured another commitment for the 2021 season, this time from a local top-50 wide receiver.

Dekel Crowdus, who starred at Frederick Douglass in Lexington, has committed to the Wildcats via Instagram live. He chose Kentucky over Ohio State, Louisville, Oklahoma, Baylor and Texas – among others.

Crowdus attended IMG Academy for his junior season before returning to the Broncos. The four-star prospect is the state’s No. 2 overall recruit for the 2021 season, trailing only teammate Jager Burton.

Crowdus is the Wildcats eighth commitment for the 2021 class. He is the highest ranked player so far in thee class and highest ranked wide receiver to commit to Kentucky since Mark Stoops took over as head coach.