Kentucky defense aims to raise the bar even higher in 2020 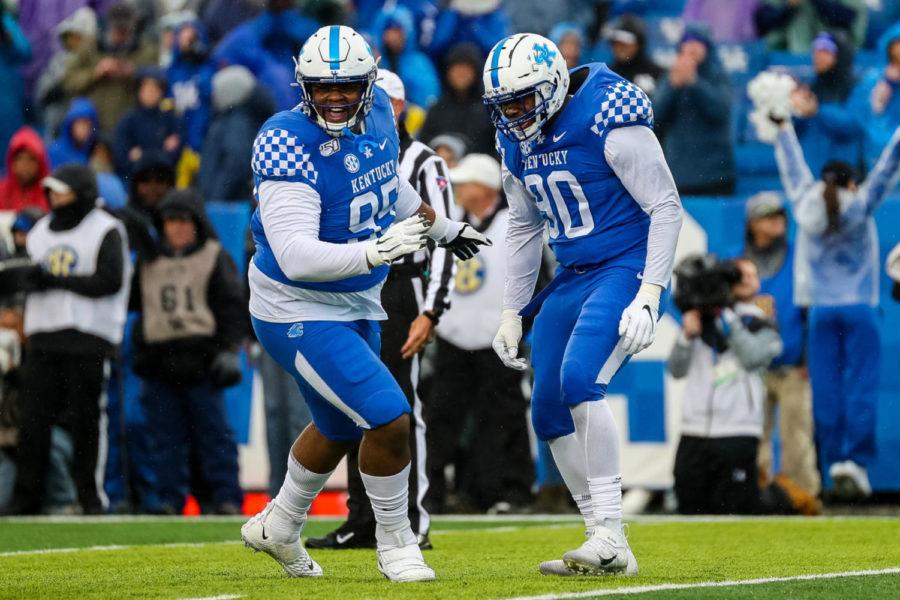 If anyone thought the modified ten-game conference schedule would waver confidence within the Kentucky locker room, the players inside sure aren’t worried about it.

This Kentucky defense may arguably be the most talented group in the Mark Stoops era. Quintessential leadership is going to be apparent throughout all three levels of the defense, something defensive coordinator Brad White understands will be critical for his squad.

“We have a lot of really good young men and a lot of those guys you would tag as leaders are sort of natural introverts,” Coach White said. “What they’ve had to do is come out of their own shell to not just lead themselves but to lead others and influence others.”

One of those leaders is junior Josh Paschal, who feels he’s moving back to his natural position (defensive end) after suiting up at outside linebacker last year. Coach White raved about how smooth Paschal’s transition has been.

“To have that kind of body out there, with his athleticism and his understanding of more than just the d-line… it’s great,” White said.

In the middle of the trenches, the Kentucky DC specifically singled out Quinton Bohanna as a player with lofty expectations for himself.

“He doesn’t want me to shy away from the fact that we need more out of him,” White told reporters. “I really expect to get more out of him in the pass rush game this year… he doesn’t need to be thought of as just a run guy.”

A revamped defensive line can only benefit a secondary that ranked second in the country in total pass defense last season. The scarier news for Kentucky’s opponents this season is that White adds the talent of Kelvin Joseph to the back end. The former 4-star safety had to sit last year after transferring from LSU but looks to add an immediate impact.

After such a dominant 2019, how does the unit continue to improve heading into 2020? Cornerback Cedric Dort Jr. mentioned getting hands on the pigskin.

“We want to make more plays on the ball,” he said. “We feel like we didn’t make as many plays… in terms of interceptions and [pass break up’s]. So that’s our main goal this year.”

If the playmakers in the deep third can do what Dort mentioned, this Cats defense will have a really good chance to make good on its potential.