The liberal arts were just revived 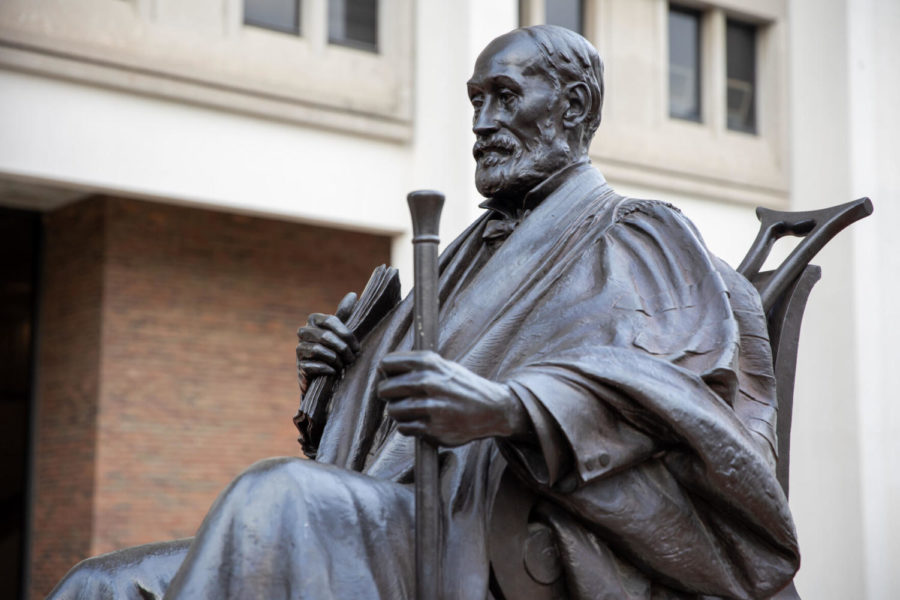 Let’s be honest. Many students, especially at schools as big as UK, don’t care much about the liberal arts. Philosophy? “That’s for dead white men.” History? “I want a job.” Political Science? “I already took AP Government.” And the infamous excuse for academic apathy: “This isn’t for my major, it’s just a credit I need.”

Students want specialized degrees (think STEM, Business, Accounting, etc.) so they can be the top class in a practical and lucrative field. In the face of the increased competition brought on by globalization and the modern world’s penchant for hiring only the “best,” this seems like a logical goal. But sometimes we outthink ourselves, don’t we?

If I need to remind you, the world just lived through the impeachment of a sitting U.S. president, the COVID-19 pandemic, the heartbreaking deaths of a number of cultural icons, protests over police killings, exhausting online schooling, weeks of civil unrest, rampant killer tornados, a presidential debate from hell and giant killer hornets (which actually turned out to the least of our worries). For better or worse, these troubled waters have altered our course.

Take the tech student who dreamt of starting a social media platform. Doing so now means playing arbiter in the world’s most important elections or deciding fundamental questions about law, political theory and free speech. It may mean testifying before the United States Congress one day or answering questions that are on the edge of our moral and philosophical frontier.

Take the business student who dreamt of being a CEO. Being a CEO now means answering questions ranging from pathology to social justice and racial equity. Whatever protective niche modern day business leaders thought they had carved out for themselves is gone. Whether they like it or not, modern day leaders have been handed a promotion: from business manager to ethics manager, from logistics coordinator to Covid-response coordinator.

The liberal arts teach you how to think, not just what to know. This year has made them indispensable: Sociology is fundamental to understand protests and race theory. English and literature to understand how we convey meaning when facts seem to be subjective. Political science in deciding how to respond to election turmoil. Logic to work through the logistics of national catastrophe. Philosophy to make decisions about technology and legal ethics. If we were at risk of forgetting, 2020 just reminded us: the liberal arts are fundamental. We are, in fact, still asking the exact same questions asked in Plato’s Republic: What is justice and how do we get it? Who should rule, and will people with power always abuse it? Are the needs of the community greater than that of the individual?

We can’t just build students into Titanics. The size of a ship means nothing if it can’t navigate unforeseen icebergs. Pretending as if schools can teach students everything they’ll need to know is as crazy as teaching them that they could have predicted the last 11 months.

We need thinkers, students who don’t follow the formulas but write the formulas themselves. We need men and women who can chart and rechart their course as obstacles arise. Because no one, and I mean no one, was preparing to deal with a global pandemic, racial justice protests, electoral uncertainty, and economic collapse simultaneously.

If you were paying attention, you should have noticed that 2020 just revived the liberal arts.