From Garland to Philly via Lexington: Maxey picked by 76ers in NBA Draft 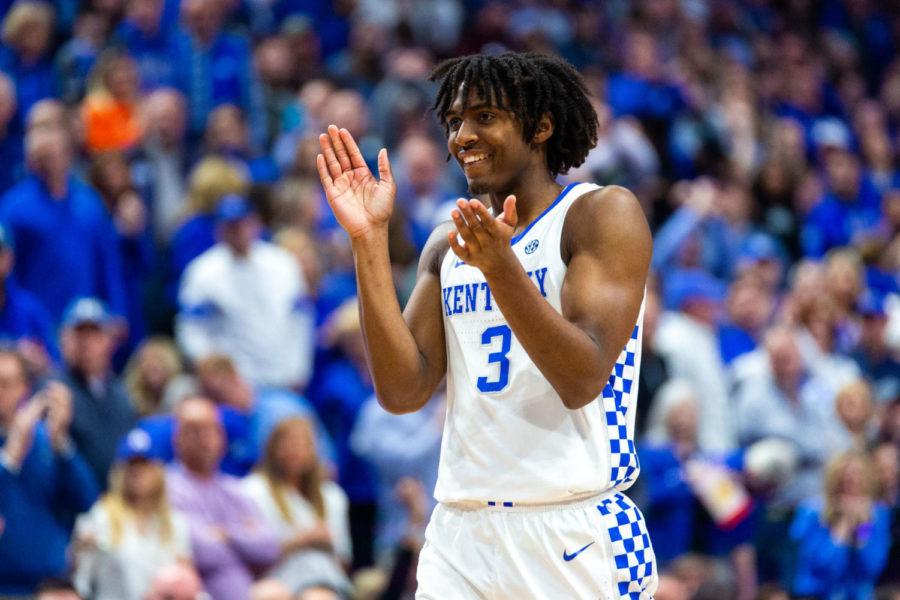 With the 21st pick in the 2020 NBA Draft, the Philadelphia 76ers select: Tyrese Maxey.

Kentucky’s 6-foot-3 combo guard officially cemented himself as the next patented Kentucky “one-and-done” player, going off the board in the latter portion of the first round.

Maxey was the first Wildcat to be drafted this year, edging out his fellow starting five members from last season (Immanuel Quickley, Nick Richards, Ashton Hagans and EJ Montgomery).

He should also be the first Cat from 2019-2020 to make an immediate impact at the next level. While still harboring a small frame, he’s garnered attention for the work he’s done on his body since the sudden end to the college schedule.

Maxey uses his frame exceptionally well; his quick first step and seemingly immaculate balance while in the air are both NBA ready. A more than adequate free throw shooter (83%), Maxey hopes to show his below-expectation shooting numbers – particularly from three-point range (29%) – from his lone season in Lexington were an aberration.

“Maxey’s best skill right now is his scoring instinct… honestly, the pull-up shot looks great. He has terrific rhythm and it’s incredibly smooth,” the Athletic’s Sam Vecenie said in his 2020 NBA Draft Guide. “It takes him an extra split second to load into the shot… when combined with the low release point, he has to get rid of that to reach his ceiling as a shooter.

Potentially more important to new coach Doc Rivers than all of Maxey’s physical intangibles may be his mental fortitude. In his first game donning a Kentucky jersey, he went into the world’s most famous arena (Madison Square Garden) and dropped 26 points in a win over Michigan State, setting the Wildcat scoring record for a freshman in his debut.

Rivers echoed this sentiment in an interview with ESPN right after the selection, calling his new player “competitive” and “tough”.

Joining the likes of John Wall, Devin Booker, Shai Gilgeous-Alexander and De’Aaron Fox as exceptional NBA guards from Calipari at Kentucky won’t be an easy task. But if he develops in a similar fashion to the aforementioned guys, 76ers fans will be happy to have Cal’s next in line.