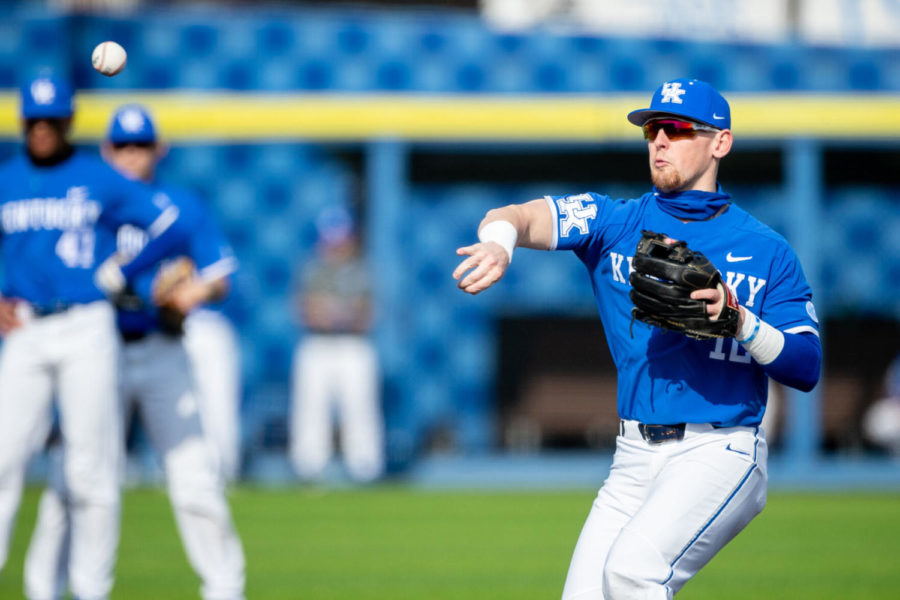 Kentucky native Chase Estep was essential in securing today’s weekend series clinching 6-1 win over the panthers on Saturday. The Corbin High School product has been garnering praise from people around the program since his arrival last season to Lexington. As the seventh ranked player out of the 2019 class, it shouldn’t be surprising.

He looked as advertised in the limited experience that was 2020, slashing .324 last season with a promising .841 OPS. The evidence of was there, but it’s reasonably difficult to throw full belief towards a 12-appearance sample.

After missing the first eight games of the season for various reasons, Estep saw his first action in the series finale against Ball State. Coming in later on in the game, the sophomore displayed some rust, going 0-2. It seems as if he only needed one game to get back into form, however.

Estep was one of many catalysts during the 16-1 dismantling of the Panthers on Friday night, but honestly might be the most important to see. Yesterday, in his first start, he went 3-5 with a double and 3 RBI. The bottom third of the Wildcat lineup has, compared to the top of the order, struggled so far this year. Having Estep serve as an opposing pitcher’s headache-inducer near the latter end of the lineup could potentially benefit the whole team.

“He’s doing it on both sides and it’s very fun to watch,” Kentucky head coach Nick Mingione said postgame. “We’re thankful to have him back no doubt.”

In the Saturday matinee Estep technically got the game winning hit when he singled in Trae Harmon – who homered later in the game – in the fourth inning to give the Cats a 1-0 lead that they never looked back from. In all, Estep has gone 5-8 against Georgia State with one walk. The series ends on Sunday, but it seems like he’s just getting started.

Not only is he beginning anew, but Kentucky is too. Dropping the Ball State series last weekend due to a lack of runs hurt; they’re determined to not let offensive woes slow them down again.

Estep and the Cats are back out at Kentucky Proud Park on Sunday looking to finish off a sweep of the Panthers with conference games looming on the horizon. First pitch is set for 1:00 p.m. E.T. on SEC Network Plus.