Kentucky rounds out regular season home schedule with a win 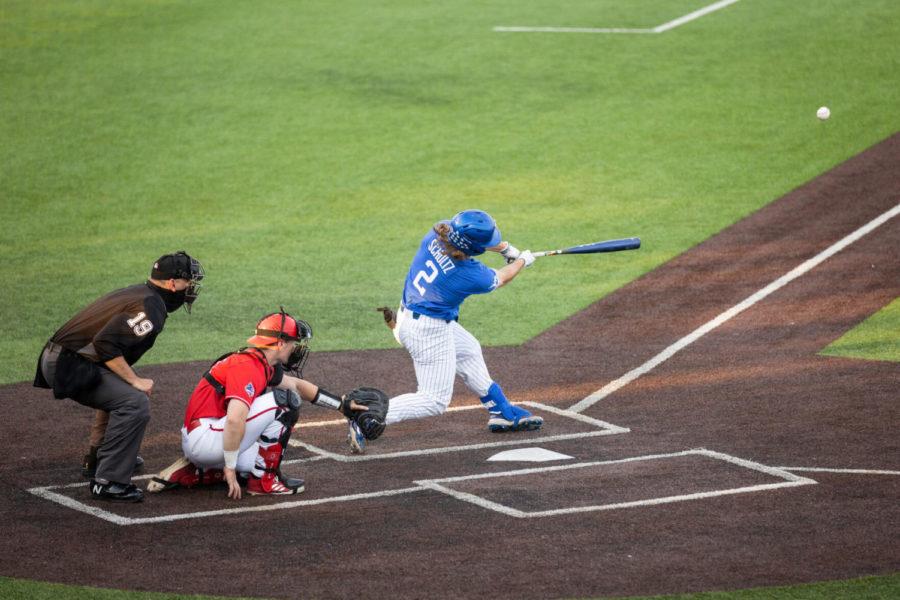 Kentucky finished up their home schedule on the year with a 7-4 win over Tennessee Tech in one final tune up before heading to Vanderbilt this weekend. With the win the Wildcats moved to 22-13 on the year at Kentucky Proud Park.

“I’ve watched some of my teammates have to play their very last inning of baseball ever on this field and I’m thankful that’s not me right now,” T.J. Collett said after playing his final game at KPP. “BBN has been so great for me and being able to play one more time in front of the fans and stuff, it’s been a blast.”

Austin Schultz and Cam Hill both went deep to propel the offense, Schultz’ being a three-run bomb to tie the game in the second. Zeke Lewis also added an RBI double and scored two runs in his last game in Lexington.

“The bottom line is just wins, we have to win,” Coach Mingione said “We’ve put ourselves in a position where we gotta win games and that’s our only focus, to win.”

After how disastrous last weekend was for Kentucky with the sweep and the daunting task of going to Vanderbilt this weekend to finish the regular season, this was absolutely needed for Mingione’s squad

“It’s make-or-break it,” Collett bluntly put it. “This weekend we can either decide to put on our big boy pants and win a few games and win a couple games at the SEC tournament but that’s our decision. Or we can go there and really tighten stuff up and go to work.”

The Wildcats conclude their regular season this weekend down in Nashville. They have already clinched at least a spot in the SEC tournament, anything beyond that is uncertain as of now.

Game one is set for Thursday with a 7:30 p.m. start and the game can be found on the SEC Network Plus.