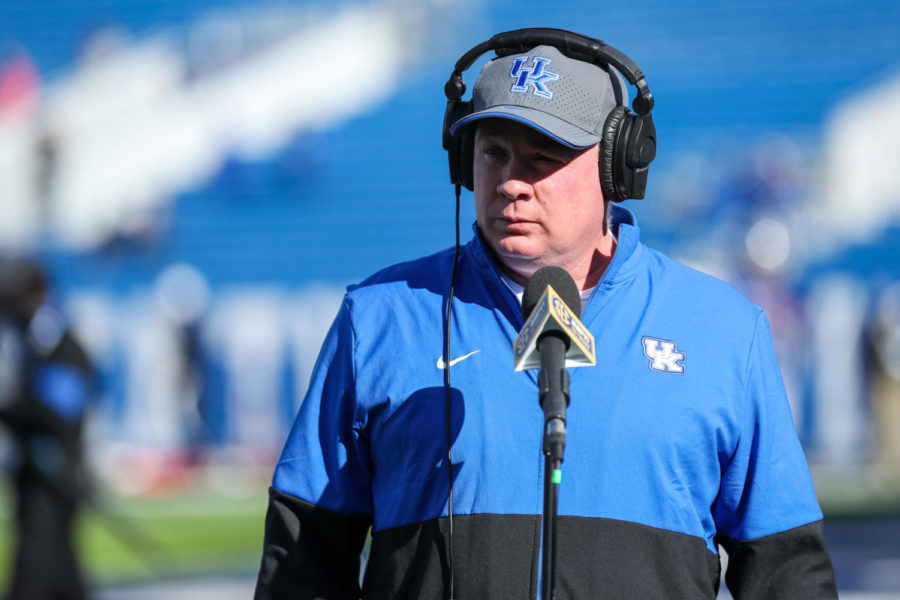 Mark Stoops has filled his final opening for the 2021 Kentucky football staff.

Chris Collins, who served as safeties coach for the last four seasons at Georgia State, has been tabbed as the new Wildcats defensive backs coach.

“Going through the hiring process for this job I talked to several candidates but each time I talked to Chris I came away more and more impressed with him,” Stoops said “He brings great energy and enthusiasm to the staff on the field and as a recruiter. We are very excited to have him on board.”

Collins, 32, replaces Steve Clinkscale, who left the program last month for a similar position at Michigan.

In Collins’ four years with Georgia State, he helped advance the Panthers to a bowl game in three of his four seasons.

From 2006-09, Collins was a two-year captain as an outside linebacker and safety, recording 303 career tackles and one second-team All-Southern Conference selection for the Catamounts.

“My family and I are extremely blessed and excited to be a part of the Kentucky football family,” Collins said. “On top of Kentucky being an elite level program known for developing talent, this interview process has shown me a tremendous amount about Coach Stoops, Coach (Brad) White and the rest of the staff. When they say family first, they really mean it. During this interview process my wife and I were having our first child. Coach Stoops readjusted his schedule to accommodate my time with my wife and son. That showed me everything that I needed to know about the men I would be working with.”

Kentucky led the SEC in fewest passing yards allowed per game (224.6) last season and Collins will look to add to build off of that beginning in 2021.

“Coach Stoops’ knowledge is second to none when it comes to defensive backs,” Collins said. “I’m excited to learn and work with him, Coach White and the rest of the staff to continue to elevate this defense.”