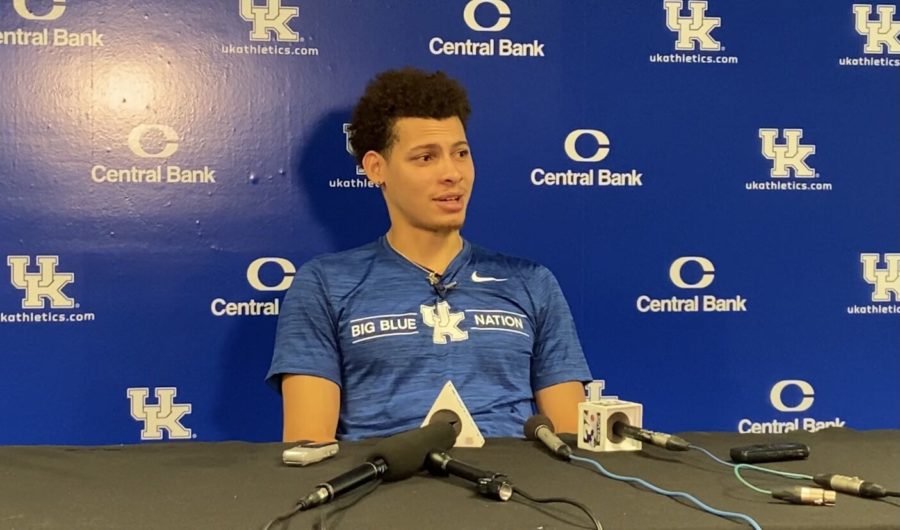 His scoring prowess throughout his collegiate career earned him some sort of all-conference honors in each of his four seasons at Davidson. His honors included, but weren’t limited to Atlantic-10 Rookie of the Year, First-Team All-Conference as a sophomore, a top-five conference scorer the following year and scoring a career-high 32 points as a senior against George Mason.

Over the last 11 games of his junior season, the Davidson transfer averaged 20.6 points, shooting 51.7 percent from the floor, including 25-of-51 from beyond the arc, setting him up for a big leap in for his senior year.

As a senior, Grady averaged 17.1 points per outing while shooting 47 percent from the field and 38 percent from deep, two categories Kentucky desperately needed last season

“I try to [score] in an unselfish manner and try to be as good on defense, help my team win offensively … is what I’m focused on,” Grady said. “Ultimately, I’m a scorer who can shoot the ball. I think I can score at all three levels; mid-range game, floater and pull-ups, layups at the rim and from beyond the arc.”

Seeing those numbers, you’d think there wouldn’t be any downside to his game, right? Just plug him in and he’ll produce.

That’s the theory, but keep in mind the fact that he played in the Atlantic-10 his entire career, the SEC in 2021 is a huge leap forward from the competition he was up against for four seasons.

“There’s obviously a competition difference to some degree from the SEC to the A-10,” he said. “Another inch or two at most positions and a little more athleticism, speed and quickness I’ll have to adjust to but those are all good challenges.”

Grady’s been the No. 1 offensive option at Davidson the past couple of seasons, but that might change playing alongside several high-caliber, potential future NBA players; he’s not worried about that, however.

“Ultimately for the next level, professional scouts and team personnel want to see how you play with really good players,” Grady said. “That’ll be really important for me to always be aggressive and count on my scoring ability.”

Whatever his role next season may be, Grady’s looking forward to grinding in the gym and bonding with his teammates this summer leading up to his debut in Kentucky blue this November against Duke.

“I think I fit in really well with this team,” Grady said.