Details of the James Harwood investigation and records battle 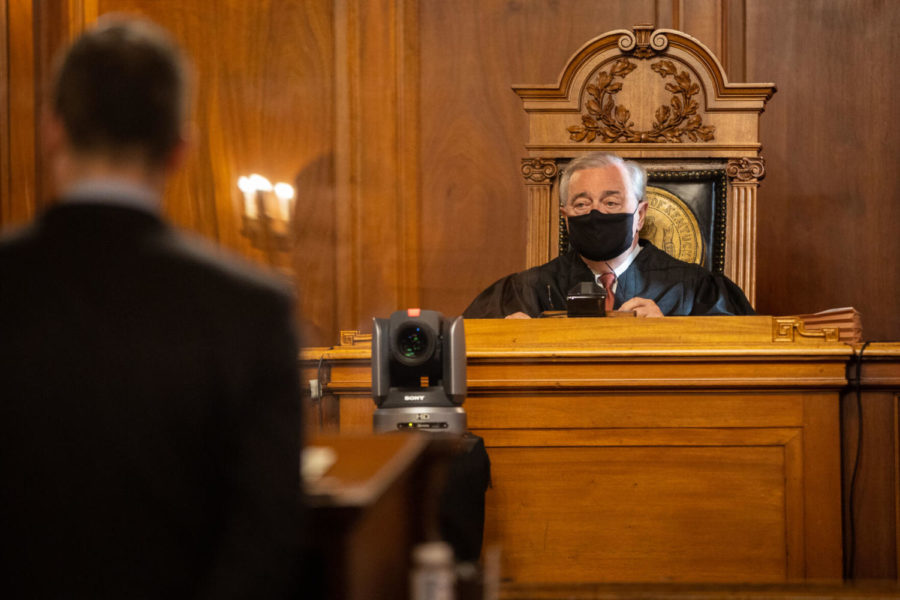 James Harwood, at the time an associate professor of entomology at UK, resigned from his position in February 2016 after being accused of sexual harassment. The terms of his resignation agreement stated that he would receive pay and benefits until that August with no direct contact with UK faculty, staff or students.

In 2016, the Kernel made an open records request to UK for documents pertaining to the case, which UK denied. The Kernel appealed to the Kentucky Attorney General, who ruled that UK had no legal right to withhold records under the Kentucky Open Records Act. UK announced it would sue the Kernel in an attempt to appeal the decision, a statement which, despite the Kernel already receiving 122 pages of redacted records, they followed through on in September 2016.

The lawsuit prompted wide responses both at UK and across the state. Though UK’s Board of Trustees initially took no action in regard to the lawsuit, UK added a sexual misconduct history check to its hiring process.

At a later meeting in October 2016, the Board of Trustees mentioned that walk-ins to UK’s Violence Intervention and Prevention center have decreased since the investigation was reported on by the Kernel. That November, a week after the Kernel reported that other Kentucky public universities had begun following UK’s lead in denying records, the UK Feminist Alliance and others protested UK’s handling of the case.

In January 2017, a Fayette County Circuit Court judge ruled in favor of UK, citing the Family Educational Rights and Privacy Act. The Kernel brought the decision to the appeals court.

Oral arguments were heard in the appeal in September 2018, and in May 2019, the court ruled in favor of the Kernel, ordering UK once more to comply with the Open Records Act and give the Kernel more documents.

UK asked the Kentucky Supreme Court to reveal the appellate court’s decision, a request that was granted in December 2019. However, the verdict did not come until March 28, 2021.

The court unanimously ruled in favor of the Kernel and ordered UK to turn over the documents by May 28, finding that “the University failed to comply with its obligations under the ORA [Open Records Act] and that the trial court clearly erred in finding the entire investigative file exempt from disclosure.”

“It’s very unusual to get an opinion of that length which includes language so critical of one of the party’s actions,” said Tom Miller, one of the Kernel’s attorneys.

However, the Supreme Court’s opinion appeared to significantly restrict the ability to obtain details of any alleged sexual misconduct — even, in this case, whether the misconduct was sexual harassment or sexual assault, a distinction that carries different levels of repercussions.

The court argued that these details should not be revealed since it was conceivable that victims could somehow be identified by this information, Miller said.

UK’s refusal to follow the law came at a considerable price, Miller said. The university paid $52,368.47 in outside counsel from 2016 to April 2021, UK spokesperson Jay Blanton said. Miller said that the university’s total bill includes its payment of $30,000 of the Kernel’s legal fees and an estimated $100,000 to its own attorneys.

The Kernel received the documents on May 28, 2021, but after reviewing them, objected, stating they were overly redacted. It requested that UK reveal the details of Harwood’s described misconduct, the locations where it took place and the “angry emails” Harwood allegedly sent to students involved with the investigation.

UK refused, saying this information could potentially identify the victims.

Rather than take UK back to court, the Kernel decided alongside its attorneys in August to not pursue any further litigation so as to not potentially reverse any progress made in the Kentucky Supreme Court win. If the Kernel had challenged the redactions and lost, the university may theoretically have been able to cite the court opinion as legal precedent to redact important investigation details in future open records requests.

Miller said his main concern was that the judge would disagree with the Kernel and “write an opinion that would somehow restrict the ability of the Kernel and the students to get information and documentation from UK going forward,” had the Kernel decided to challenge the redactions.