Blinded by the media: How the new generation is desensitized to tragic events 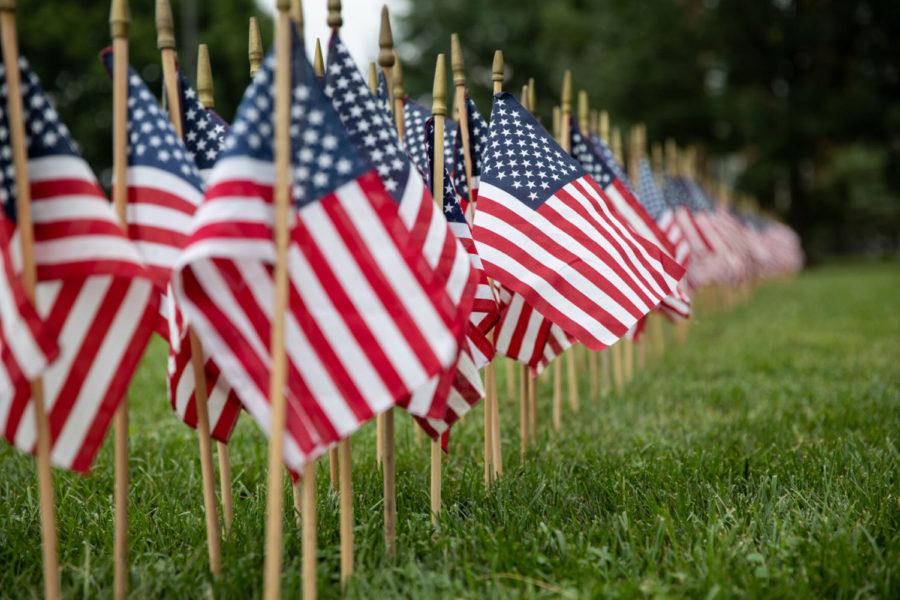 Our hearts have been tainted. Our vision has been altered. Our minds have been polluted. We don’t think like people once did, but it isn’t entirely our fault. This began long before we could make conscious choices to shield ourselves from the unspeakable.

It happened through video games we played without understanding their implications, movies that were too graphic for children and footage of terrorist attacks being played in elementary school. The September 11 attacks played in our minds through the repeating coverage each year, though we were too young to have our own memories of that day.

We all saw them — videos of bodies falling hundreds of feet to their death. We heard the heart-wrenching last phone calls of those on the planes to their loved ones. We felt the discomfort when we first encountered the preserved memories of the day our country changed forever.

It’s a heavy burden to carry. Most of us were babies or not even born when it happened. However, the trauma that came with the falling of the twin towers was transferred to us through the generations of people who witnessed it themselves.

The shock of this day was made prevalent in our lives from an age at which we were too young to understand the complexity of the issue and the brokenness that spread across our country.

Let’s face it, children and young adults today feel and empathize significantly less than children in generations before. That’s because they have been trained to do so, and a large part of that comes from elementary school where they were shown gory videos and photos from Sept. 11, 2001.

Some websites geared toward kids, like BrainPOP, have attempted to depict the event in a child-friendly way by replacing actual footage with animations.

Regardless, children are being exposed to one of the greatest tragedies in American history at an age where they are still using crayons on a regular basis. This may coincide with the way they see the world around them.

UK freshman Jordan Sewall said that her first experience being shown 9/11 videos was in fourth or fifth grade.

“Many just didn’t take it seriously, would laugh it off and make jokes,” Sewall said about others in her classes.

Sewall was not the only student to witness this type of response to the unsettling videos shown in class.

Junior Joseph Palmer said he was in fourth grade when he was taught about 9/11 in the classroom. He said that the material he was exposed to was graphic for the age group.

“No sugar-coating, everything was pretty upfront,” Palmer said. “But as a fourth grader, I wasn’t able to put myself in that predicament. I was like, ‘Okay, let’s get this over.’”

The more that children are shown 9/11 videos and become numbed, like in Sewall and Palmer’s accounts, the less likely they are to be sensitive to this particular event and other violent events. Repeatedly showing these graphic videos to youth can breed indifference.

Now, 20 years after the attack on the World Trade Center, we are facing some horrendous events. School shootings have been on the rise, COVID-19 hit and has taken the lives of thousands and protests have broken out and violence surrounds them. Yet these types of things don’t seem to phase us as much as the previous generation.

Following a decade-long study, in 1982, the National Institute of Mental Health released a report saying that violent media intake can lead to violent behaviors, increased fear, acceptance of stereotypes and decreased empathy.

Later, Victor Cline published a study with the University of Utah’s Department of Psychology in 1972 on the desensitization of children through violent television programs.

In the publication of this study, “The Desensitization of Children to Television Violence,” Cline found that children who had more exposure to depictions of violence in media prior to the study were less autonomically aroused than those who had less prior exposure.

These are only a couple examples of studies on the desensitization of youth through different forms of media. Now that there is more access to technology, these studies have only increased.

Media has become more graphic, and children are having even more screen time than ever. This leads to significant cognitive implications.

After seeing footage of the Twin Towers and the Pentagon under attack, learning about the lives lost that day and subconsciously attributing that to Middle Eastern individuals, children have learned to become indifferent about tragedy and changed to become more aggressive toward others.

While it is important that September 11 is kept fresh in the minds of Americans in order to remind us of the lives lost and the way our country bonded following the attacks, it is equally as essential that we exercise caution when doing this.

Rather than reliving this day through the recordings of the screams of those lying on the streets in pain or through videos of people hitting the ground from stories up, we should think about the unity that came from it, reflect on the lives that were lost with fond memories and celebrate those who responded to the scene.

Instead of tainting children’s minds with graphic media coverage of events like this, perhaps it would be better to focus on the care expressed by Americans after something catastrophic.

Kids need an opportunity to live a childhood that is not jaded by violent games, graphic films and scarring footage of people dying in an event that happened long before they can remember.

If we begin to contemplate and change what children are taking in, it is possible to return to a generation that radiates love and empathy for one another.