No. 5 Kentucky fall 2-1 to Charlotte for first loss of season 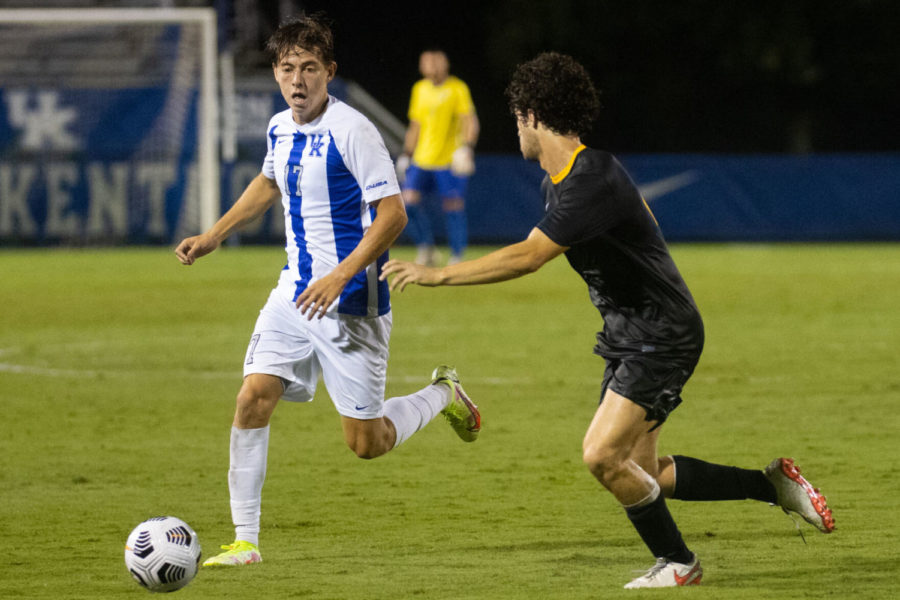 Kentucky was dominant in the first half of play, but a late goal by the 49ers sent the game to overtime where Preston Popp scored the game winning goal.

The Cats outshot Charlotte 11-10 in attempts and 6-4 on target, but a rare off-game for Wildcat goalie Jan Hoffelner allowed two goals to score. Hoffelner finished the game with a 50 percent save percentage, doubling his season total for goals allowed.

UK came into the matchup off a 2-1 win at home over Bellarmine to round out their non-conference schedule. Nick Gutmann scored both goals for the Wildcats, his first two of his collegiate career.

Kentucky controlled the game for most of the first half of play. They held Charlotte to just one shot attempt in the half, with no shots on target while the Wildcats put up six attempts with three on target.

In the 24’ Luke Andrews scored what would ultimately be Kentucky’s only goal. He was unassisted on the play and gave Kentucky a 1-0 lead that they would carry into halftime.

In the second half, the scales were tipped in favor of Charlotte who controlled the half. Gutmann took an early shot on goal for Kentucky in the 54’, but it was saved by 49er goalie Daniel Kuzemka. Charlotte would put up eight shots with three on target in the half.

Time quickly began to wind down without any change on the scoreboard, but in the 86’ Charlotte’s Joe Brito got one past Hoffelner off an assist by Callum Watts to tie the game.

Enzo Mauriz would put up a shot to try to put Kentucky ahead once more, but it was saved by Kuzemka with regulation coming to an end soon after.

In overtime, Robert Screen shot first for Kentucky in the 4’ but his attempt sailed over the goal. Time once again began to run low, but a yellow card on Luis Grassow stopped the clock with just a little over a minute left on the clock.

The 49ers took advantage of the stoppage and with just five seconds remaining on the clock, Popp scored the golden goal for Charlotte off an assist by Brito to give Kentucky their first loss, 2-1.

Kentucky returns home this Friday, Nov. 5 to conclude their regular season against FAU. The game will also serve as Kentucky’s senior night. The match is set to kickoff at 7 p.m. and will air on ESPN+.