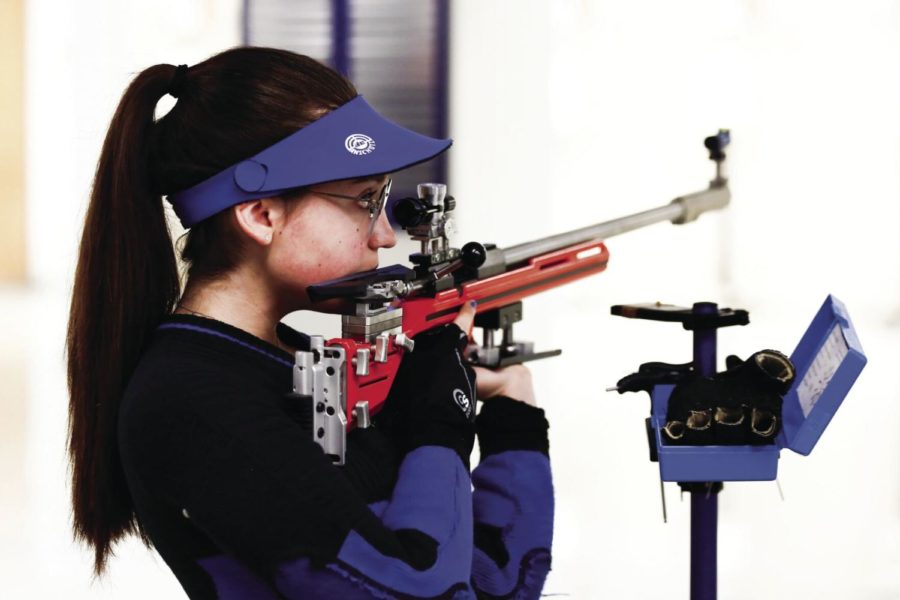 The reigning National Champion Kentucky rifle team started out their 2021-22 season with a victory over Morehead State 4680-4658 last Saturday.

“Overall, not a bad day today,” UK head coach Harry Mullins said. “I think we saw some good things, but obviously there are things we need to work on. We’ve got to get better at our decision making and executing some shots down the stretch. I think we showed a lot of promise with where we are at, but the numbers are obviously lower than what we are used to shooting. We have the talent to iron things out and get the numbers where we want them to be when we get back in action later this month against Navy.”

“Overall, lots of potential, and I will take responsibility for us not being as sharp in air gun,” Mullins said. “I don’t think we were ready to shoot smallbore and air gun back-to-back in a match like that, but we will work on it and have it fixed moving forward.”

Kentucky will have the next two weeks off from competition before hitting the road for their second competition of the season against Navy on Oct. 30. Their first home competition is scheduled for Nov. 6 against Ole Miss.